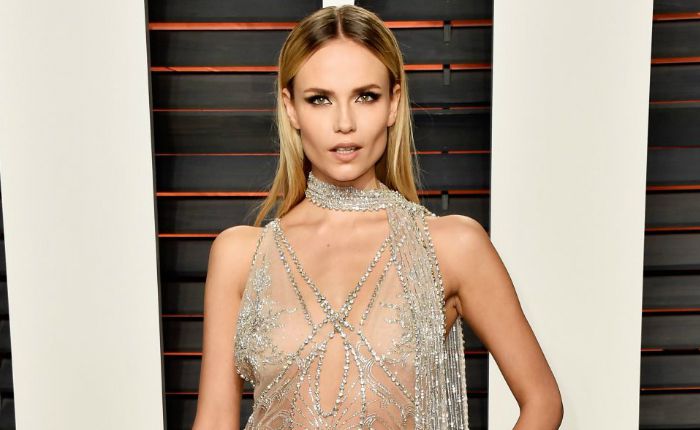 Natasha Poly is a Russian fashion model who is best known for her high-profile modeling gigs, having appeared on several runways, ad campaigns, and magazine covers. She was the most sought-after model in the glamour world at the peak of her career in the 2000s. Vogue Paris named her one of the top 30 models of the 2000s.

Natasha started modeling at the age of 15 while still in high school. There are no details available about her educational background.

Poly is married to Peter Bakker, a Dutch businessman on 16 2011. Their lavish wedding was held at Hotel in Saint Tropez, which was a three-day wedding ceremony.

The couple welcomed their first child, a daughter, Aleksandra Christina, on May 13, 2013. In November 2018, she revealed that she is expecting her second child with her husband. She gave birth to her second child, a son named Adrian Grey Bakker in April 2019.

Natasha Poly made her catwalk debut with Ready to Wear – Spring / Summer fashion show, walking for Emanuel Ungaro and Y’s, Yuki Torii in 2004.

Poly is best known for her modeling gigs with high-profile brands such as Gucci, Givenchy, Versace, and Louis Vuitton.

Poly was discovered by Mauro Palmentieri when she was 15 years old and invited her to Moscow to participate in the Russian model search competition “New Model Today”, where she finished second place.

She made her runway debut in 2014 during which she walked in 54 fashion shows in Milan, Paris and New York City, and appeared on several magazine covers.

Poly walked for the renowned Victoria’s Secret Fashion Show in 2005 and 2006.

She appeared on Pirelli Calendar twice, in 2011 and 2012 respectively.

As of 2017, Natasha has appeared on 56 different Vogue editions.

She has been the face of numerous campaigns including Gucci, Givenchy, Lanvin, Missoni, Jil Sander.