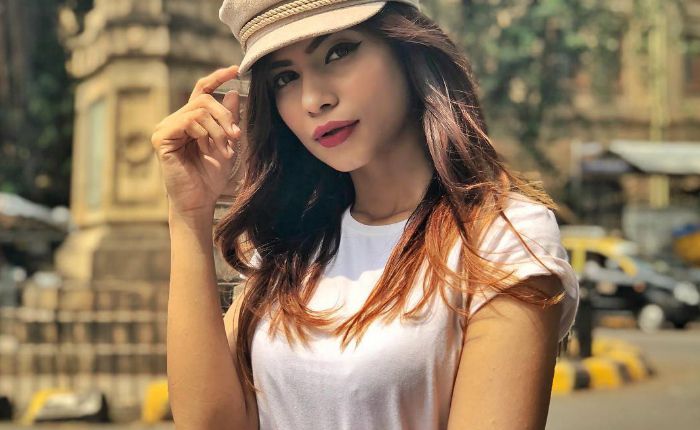 Nagma Mirajkar is an Indian social media personality and TikTok star who earned a lot of fame by uploading short videos to the app TikTok. She has amassed over 15 million followers on the app, to which she uploads videos related to dances, lip syncs, comedies, and lifestyle videos. Her boyfriend, Awez Darbar, who is also a talented dancer, is often featured in her videos. The budding starlet has earned over 6.1 million followers on the photo-sharing app, Instagram.

Nagma Mirajkar was born on January 24, 1992, in Mumbai, Maharashtra, India. She is currently 30 years old.

Unfortunately, not much is known about her family at the moment. She holds a master’s degree in commerce and business administration.

Nagma has been in a relationship with a fellow social media star, choreographer, and dancer Awez Darbar. He often features in her videos.

Being an internet celebrity, she has promoted several brands and products through her social media accounts. Some of them include Maybelline New York, Reliance Jewels, Mobiistar India, Central, Skybags, Myntra, HDFC Life, B612, Avon, Amazon Fashion India, Jean-Claude Biguine, Skechers, GoColors, and OyoRooms.

Information related to her net worth and social media earnings is unknown. She lives with her family in Mumbai, Maharashtra.

She grew up in Mumbai in a modest Muslim family.

After graduating with her master’s degree, she worked as an operations manager in SOS Nitelife in Mumbai.

Nagma owns a fashion and style blog called Oh My Gorg! that led her to take an internet career as her full-time career.

In 2017, Nagma performed live at the 1st Muser Concert, which was held in Kolkata alongside other popular Tik Tok stars such as Aashika Bhatia and Awez Darbar.