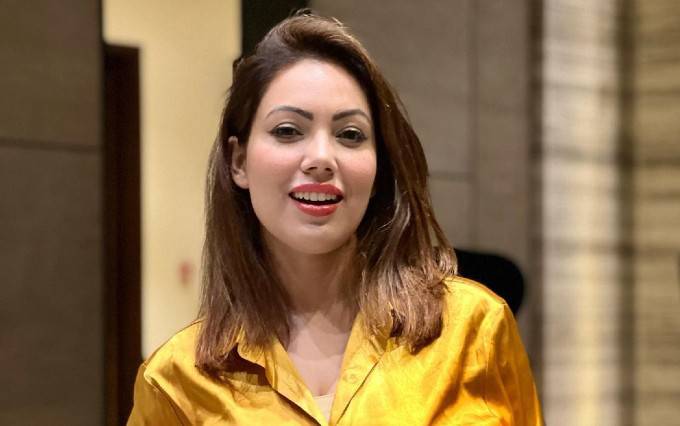 Munmun Dutta is an Indian actress and model from West Bengal. Her road to stardom began when she appeared in the famous Hindi sitcom Taarak Mehta Ka Ooltah Chashmah, portraying Babita Iyer. For which, she won the Indian Television Academy Awards and Nickelodeon Kids’ Choice Awards India, all in the Best Actress category. With this role, Dutta gained a lot of popularity, eventually cementing her reputation as a rising star.

She would make a bigger splash therein by appearing in reality shows like Indian Idol 10, India’s Best Dancer, Kaun Banega Crorepati 13, and Bigg Boss 15. Outside the television, she has starred in movies like Mumbai Express, Holiday, and Dhinchak Enterprise.

The actress is very secretive when it comes to her family and childhood. She hasn’t shared much about her parents or her siblings when she was asked about it. Both her parents are singers. Her father died in 2018.

Munmun Dutta attended the Oxford model Secondary School in Kanpur, Uttar Pradesh, and obtained her Master’s degree in English from the University of Mumbai.

It is no secret that the Bengali actress has not been involved in a romantic relationship with anyone, at least we know of. Not only about her family, but she also does not talk much about her relationship status. Although she has been rumored to be dating a fellow actor named Raj Anadkat, she neither cares about it nor reacts to the rumors.

The actress found herself in the center of controversy when she made a casteist slur in one of her YouTube videos in May 2021. Soon after the video went viral, Munmun Dutta issued a public apology stating, “It was never said with the intent to insult, intimidate, humiliate or hurt anyone’s feelings. Because of my language barrier, I was genuinely misinformed about the meaning of the word.” A case was filed against her and it was reported in early 2022 that she was arrested for the same. Munmun later revealed that she was not arrested as she went to the police station for a regular interrogation and was also granted interim bail.

Starting her career as a child artist, she used to perform on Akashvani and Doordarshan.

While in college, she ventured into modeling and has worked with several designers and fashion brands.

Munmun made her onscreen debut on Zee TV’s 2004 serial Hum Sab Baraati, where she played the role of Meethi.

Her big break came in 2005 when she landed a role in the movie titled Mumbai Express, starring Kamal Haasan and Manisha Koirala.

In February 2022, Dutta launched a food chain that includes Feb87, The monk Spoon, Bollywood Juice Factory, and more. All are cloud kitchens.

In 2022, she guest appeared on the shows Bigg Boss 15 and The Khatra Khatra Show.