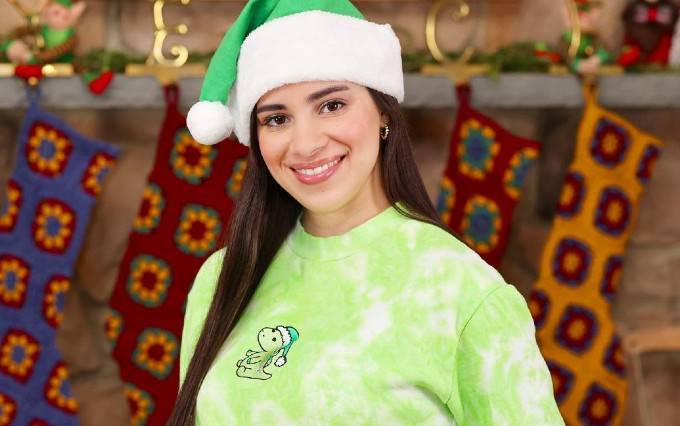 Moriah Elizabeth is an American YouTuber, craft artist, and author. With more than 7.5 million subscribers, Moriah is easily one of the most recognizable YouTubers out there. Social media has offered endless possibilities to the creators that enable them to make a living by showing their talents to the world. Moriah is one such creator who has just turned her passion into a lucrative career and she’s making a lot of money from her Youtube channel. Her channel primarily contains DIY content and unique creative ideas ranging from squishy makeovers and unboxing videos to innovative craft ideas. Elizabeth also doubles as a writer and has released two books: Create This Book and Create This Book 2. She has a merch where she sells shirts and hoodies.

She has Peruvian and Caucasian ancestry.

Despite being a popular content creator and influencer, very little is known of her when it comes to her family and early life. Her mother is caucasian and her father is Peruvian/Italian. She has a younger brother named Sam. She has a Bachelor of Arts degree in graphic design.

Moriah Elizabeth is married to her long-time boyfriend Jordan. She got married to her husband when she was just 19 years old. Her husband often appears in her YouTube videos and Instagram posts.

Undoubtedly, a larger part of her earnings come from her Youtube channel. She’s got tons of videos on her YouTube channel about squishies. She has even made a series called squishy makeovers, where she unboxes the broken squishies she received from fans and fixes them. Her channel has several playlists, mostly about squishies and the popular ones are squishy makeovers, homemade squishies, and unboxing squishy donations, among others. According to celebrity net worth, Moriah Elizabeth has amassed a net worth of about $500 thousand dollars as of 2022.

She joined YouTube in 2010 but she began uploading videos only in 2012.

In 2019, Moriah received a Shorty Social Good Award nomination for Breakout YouTube of the Year.

She is good friends with fellow YouTubers namely Nerdecrafter (Jackie), and ChloeRoseArt.

She has a cat named Opie.

Apart from Squishy videos, she alos makes videos series on other topics like Thrift Store makeovers, Painting on Things, Art Things to Do When You Are Bored at Home, and Bake with ME.