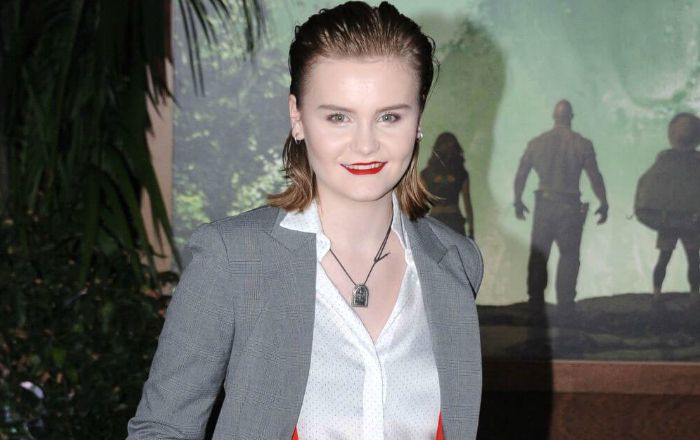 American actress who is best known for her work in TV and films. She started her career as a child actress playing young Veda Pierce in the television period drama mini-series Mildred Pierce, in 2011. She played young Martha in the 2017 film, Jumanji: Welcome to the Jungle alongside Dwayne Johnson, Kevin Hart, Karen Gillan, Nick Jonas, and Bobby Cannavale.

Morgan Turner has kept her personal life discreet from media and thus there is not much information available of any relation she has had in the past or in the present.

Turner made her acting debut with the 2006 film Invincible for her role as Susan Vermeil.

She earned her first acting credit on television for her work in TV show Mercy as Molly singer in 2010.

She is known for her roles as Martha Kaply in Jumanji: Welcome to the Jungle, as Taunting Classmate in Remember Me and as Veda Pierce in Mildred Pierce.

Morgan is an accomplished dancer. As a child, she started to learn dance and now she known various dance forms like ballet, tap, contemporary and Irish step.

She is a member of the band called double suede and they released their first EP, ‘In Less Light’ in 2017.

In an interview, Morgan Turner said, “I always tip over 20% in restaurants because I know that I would never be able to handle the pressure of a food service job and I feel like wait staff deserve so much more love.”

She played Veda Pierce in the 2011 mini-series Mildred Pierce.

She starred in the 2014 film The Sisterhood of Night.