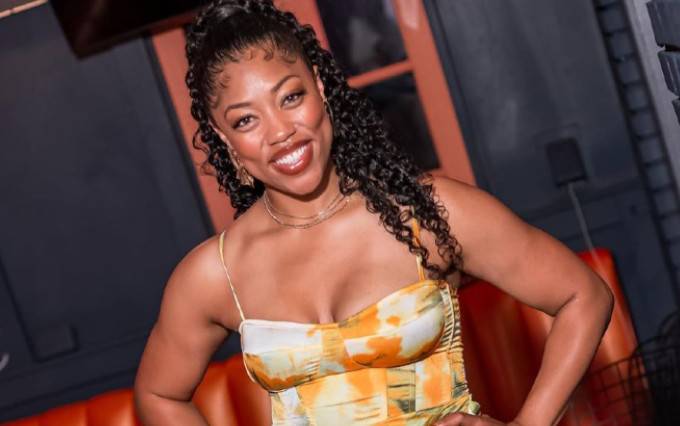 Morgan Harvey is an American food blogger, entrepreneur, and DJ. She is most recognized for being the stepdaughter of television host, actor, writer, producer, and comedian Steve Harvey. Steve adopted Morgan and raised her as his own after his marriage to Marjorie Bridges in 2007. Morgan is a star in her own right and co-owns a gaming company called Lift Every Voice and Meme, which has released a ton of hit games including a card game called Aight Imma Head Out. She changed her surname to Hawthorne following her marriage to Kareem Hawthorne, a.k.a DJ Bruckup on October 13, 2013. She is the mother to two adorable and gorgeous girls and the family has recently celebrated Marley’s first birthday, Morgan’s second daughter. She has accumulated nearly 100k followers on Instagram.

She has African-American ancestry.

Morgan Harvey is the daughter of Darnell Woods and Marjorie Bridges. Her father was a notorious drug kingpin. She has two siblings, a brother, Jason, and a daughter, Lori. Her parents divorced when she was young, following which her mother remarried Steve Harvey in 2007. Steve is a renowned talk show host, comedian, actor, and producer. She also has four step-siblings: Karli Harvey, Brandi Harvey, Broderick Harvey Jr, and Wynton Harvey. Her brother, Jason owns a women’s footwear brand called Yevrah.

Morgan graduated from Spelman College in Atlanta, Georgia. She later earned a bachelor’s degree in Baking and Pastry from the Culinary Institute of America in New York, a prestigious baking and pastry institute. She graduated from college in 2011.

Morgan Harvey met Kareem Vincent-Patrick Hawthorne, better known as DJ Bruckup during her sophomore year at college, and soon love blossomed between the two. After dating for years, they finally got hitched on October 12, 2013, at Atlanta’s Cathedral of St. Philip. They have two daughters together, Elle Monroe, born on March 22, 2015, and Marley Jean Hawthorne, born on September 1, 2020.

She has been a part of The Steve Harvey Show multiple times where she makes some recipes for the audience.

She has a food blog called ineedsomemo.com, where she shares recipies, cooking tips, healthy diet, and food related content.

Morgan is the co-founder of a gaming compnay called Lift Every Voice and Meme. The compnay is involved in developing adult card games and has recently launched a new game called Aight Imma Head Out.

After graduting from Culinary Institute of America, she worked for several prestigious bakeries and special events companies in the Atlanta area.