Mikhaila Peterson is a Canadian lifestyle and diet blogger, podcaster, entrepreneur, public speaker, YouTuber, and digital content creator. She is the daughter of renowned Canadian psychologist and author Jordan Peterson, As a lifestyle and health coach, she has become a prominent figure in the health and wellness community and gained notoriety for her podcast “The Mikhaila Peterson Podcast”, where she discusses everything about health and lifestyle with guest speakers. She is also widely recognized for her work on the “Lion Diet”, a diet she developed to help her overcome a variety of health issues. Throughout her journey, Mikhaila has managed to build a large fanbase across social media platforms. Mikhaila is an inspiring example of someone who has taken her education and experience and used it to pursue her passions and create a successful career. Here’s everything you need to know about this lifestyle ad health guru Mikhaila Peterson.

Mikhaila was born in Toronto, Canada to parents Jordan Peterson and Tammy Roberts. Her father is a renowned clinical psychologist, professor, and author in Canada. Her mother, on the other hand, is a psychologist. She has a younger brother named Julian Peterson, a musician. She grew up in a close-knit family and was very close to her father.

Mikhaila Peterson is married to her husband Jordan Fuller. They began dating in 2022 and got engaged in March of that year and later tied the knot in June 2022.

The social media influencer was previously married to a Russian-born businessman Andrey Korikov, with whom she has a daughter named Elizabeth Scarlett, born on 6 August 2017.

Mikhaila and her family have been in the public eye since her father’s rise to fame in 2016. She has been featured in several interviews and documentaries, including the Netflix documentary, The Rise of Jordan Peterson. Mikhaila has been open about her struggles with depression, anxiety, and chronic fatigue syndrome. She has also spoken about her father’s influence on her life, and how his teachings have helped her to cope with her mental health issues.

Peterson began her career as a writer and speaker in the mid-2010s when she started writing about her own struggles with depression and anxiety. She has since become a prominent voice in the mental health community, speaking at conferences and writing for various publications

Mikhaila is also an entrepreneur. She is the founder of the Lion Diet, a dietary approach that focuses on eating real food and avoiding processed foods. Apart from Lion Diet, she owns a number of businesses, including a health and wellness coaching business, a podcast, and a line of health and wellness products. She is also the co-founder of the “Lion Diet” app, which helps people to track their diet and health goals.

Mikhaila Peterson is the host of The Mikhaila Peterson Show, a podcast that focuses on mental health, nutrition, and lifestyle. The show is based on Peterson’s own experiences with mental health issues, and she uses her platform to discuss her own journey and to provide advice and support to her listeners. Peterson has been open about her struggles with depression, anxiety, and an eating disorder, and she has used her platform to share her story and to help others who are struggling with similar issues. The show features interviews with experts in the fields of mental health, nutrition, and lifestyle, as well as conversations with Peterson’s own family and friends.

She is also a successful entrepreneur, having founded the health and wellness company, The Lion Diet.

Mikhaila has also become a public speaker, giving talks on health and wellness. She has spoken at conferences and events around the world, including the TEDx conference in Vancouver, Canada.

She is known for her blog, Don’t Eat That, which focuses on health and nutrition.

She has also been a guest on various podcasts, including Joe Rogan’s, and has her own podcast, The Mikhaila Peterson Show. 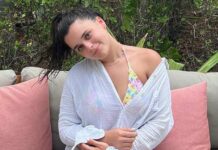