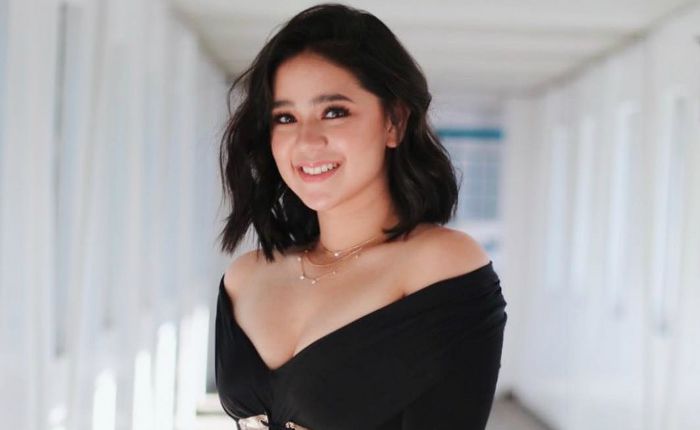 Mikee Quintos is a Filipino actress and singer who is immensely popular for her work in TV series such as Encantadia, Tadhana, Mulawin vs Ravena, and Alyas Robin Hood. She played Mia in the TV show Sirkus and starred as Jaezelle in Wagas: Baliw na Puso.

Mikee Quintos was born on the 18th of December 1997, in Sampaloc, Manila, Philippines. She is currently 24 years old.

Mikee Quintos is the daughter of Filipin parents Wardee Quintos and Jocelyn Quintos. Both her parents are politicians. She has three sisters Loisa, Denise, and Jodee Quintos.

After finishing her school education, she was admitted into the University of Santo Tomas in Manila, the Philippines to study architecture.

Mikee was in a relationship with singer Louie Pedroso from 2014 to 2017. She is currently single.

Though Mikee hasn’t released a full-fledged album or singles to date, she has uploaded a lot of covers to her YouTube Channel. She posted the cover of Maroon 5’s song Payphone on April 29, 2012, followed by Bruno Mars‘ Count On Me single cover on May 11, 2012. Both videos were well received by the audience. Her Youtube channel has over 80k subscribers.

made her television debut with the 2016 Philippine television drama fantasy series, Encantadia, where she played characters Sang’gre Lira and Milagros “Mila” Quizon. The series is a reboot of the 2005 television series of the same name.

Unfortunately, there’s no information related to her net worth and salary available at the moment. The budding actress is yet to share details about her financial figures with the press.

She is best friends with Filipino singer and musician Ruru Madrid.

Mikee began singing publicly at the age of seven for her parents’ political campaign.

She voiced Siri in a GMA Network-created TV series Sherlock Jr in 2018. The series includes actors such as Gabbi Garcia, Janine Gutierrez, Andre Paras, and Roi Vinzon in important roles.