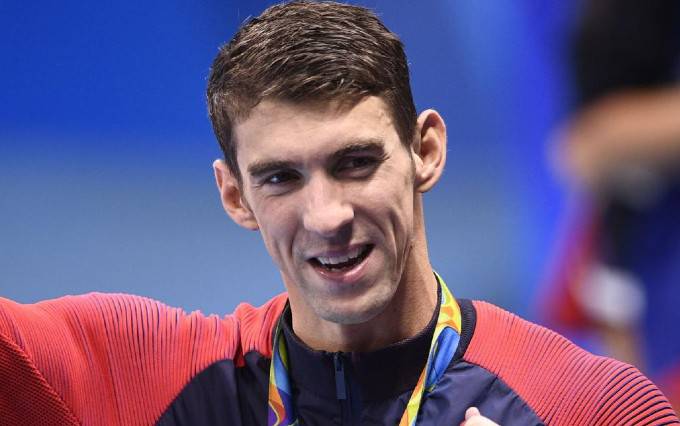 While there is some serious competition for the title of ‘Best Ever Olympian’, Michael Phelps achievements make him a stand-out candidate. The American has had 28 Olympic medals hung around his neck during his glittering swimming career, a feat that very few sports professionals could dream of, not to mention an astonishing 23 of those medals were gold.

He continues to reap the rewards of his legacy through lucrative sponsorship deals and business investments. While a keen interest in gambling has maintained his competitive instincts, especially his love of poker which is available online at777 casino.

Born in Baltimore, U.S.A on June 30, 1985, the “The Baltimore Bullet” or “Flying Fish”, was raised by his mother Deborah after his parents got divorced. He started swimming with his sisters when he was 7, discovering a passion for the sport which saw him join the North Baltimore Aquatic Club under the tutelage of coach Bob Bowman.

The American attended five Olympics in all, with the 2000 Olympic games in Sydney, Australia, providing fifteen-year-old Phelps with his first taste of the competition. He finished an impressive fifth in the final of the 200-meter butterfly.

Phelps followed coach Bowman to the University of Michigan in Ann Arbor, where he studied sports marketing and management. The rest, as they say, is history, as the two remained together for the entirety of Phelps stunning career.

Phelpssporting career came to an end at the 2016 Rio de Janeiro Olympic Games, where he was the flag bearer for the U.S. at the opening ceremony. Aged 31 – old for a swimmer – he won five gold medals and one silver, to cement his place as the greatest swimmer of all time.

Life Outside the Pool

After the 2008 Olympics, Phelps set up the Michael Phelps Foundation which works to promote healthy, active lives, especially for children. It does this by expanding the opportunities for participation in the sport of swimming.

Along with a coalition of strategic partners, the Foundation has provided a learn-to-swim, healthy living, and goal-setting curriculum to more than 200,000 people worldwide through the Boys and Girls Club of America and Special Olympics International.

NBC employed Phelps to commentate on their coverage of the Tokyo Olympics in 2021. He has also enjoyed cameo appearances in the TV shows ‘Suits’ and ‘Entourage’ and was the star of the 2021 documentary ‘Michael Phelps: Medals, Memories & More’.

The American also wrote two books detailing his journey to becoming the best swimmer in the world, called:‘Beneath the Surface: My Story’ (2008) and ‘No Limits: The Will to Succeed’ (2009).

Phelps benefited from several lucrative endorsements during his glittering career and his retirement has not affected his earning potential.
Subway, Visa, Speedo, PowerBar, Under Armour, AT&T, Beats, Radio Shack, Omega, Visa, Head & Shoulders, Wheaties, Corn Flakes, and Louis Vuitton, are just some of the brands to have sought out his services.

Phelps admitted he was diagnosed with ADHD as a child, as well as suffering from bouts of depression during his career. Those experiences have influenced his investment decisions, with the swimmer an equity investor in the successful mental health startup, Talkspace.

Michael Phelps secretly married his girlfriend of ten years, former Miss California USA Nicole Johnson on June 13, 2016. Four months later, they made their married public. The pair began in 2007 after they first mist at the ESPYs and got engaged in February 2015. Together, they have three sons – Boomer Robert Phelps (born. May 5, 2016), Beckett Richard Phelps (born. February 12, 2018), and Maverick Nicolas Phelps (born. September 9, 2019).

Recent estimates put Michael Phelps’s fortune at around $100 million. The former swimmer remains a very marketable star, and with his position as an Olympic and swimming legend assured, he will continue to benefit from multiple opportunities going forward.