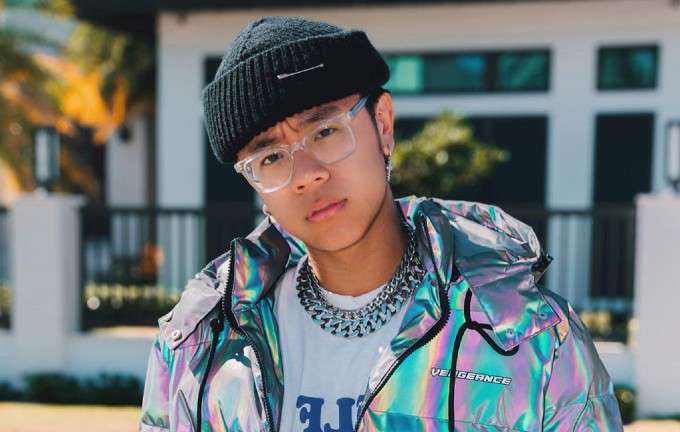 Michael Le is an American TikTok star and social media influencer from Palm Beach County, Florida. He shot to online fame by posting dance videos and lipsyncs on TikTok. With more than 50 million followers, he’s one of the most followed creators on the short video sharing app.

Forbes named him as one of the biggest TikTok stars in 2020 and also named him TikTok’s top earners after he took home $1.2 million in earnings. Famously known as JustMaiko on social media, Le has amassed over 2.8 million subscribers on YouTube and 3 million followers on Instagram. Here’s everything you need to know about one of the top TikTok influencers. Le co-founded The Shluv House, a TikTok collective house based in Los Angeles.

He has Vietnamese ancestry.

He was born the eldest of four children to parents of Vietnamese origin. His mother, Tina Le, is an entrepreneur and owns a hair and nail spa in Florida. Details about his father are not available right now. He has three younger siblings, Jonathan, Daniel, and Tiffany.

All of his family members are TikTok stars in their own right. They frequently appear in his videos and each has sizeable followers on TikTok. His mom has a family of over 5.6 million followers while his sister Tiffany has got over 3.5 million followers.

Unfortunately, he hasn’t shared too much information about his early life and education.

Despite being global stardom, he prefers to keep his personal life away from the spotlight. It is still not clear whether he is currently in a relationship or not but he had once dated a fellow dancer who goes by the name Analisseworld.

As of now, Le is the 11th most followed user on the Chinese social media app TikTok. He has more than 50 million TikTok followers and is also named as the 6th highest paid TikToker with earnings of $1.2 million for the year 2020 by Forbes.

According to various online portals, Michael Le has a net worth of $4 million. The young budding star has been onto various professional things at the same time and it should not come as a surprise to those wondering how he built such massive wealth at such a young age.

He’s passionate, ambitious, and certainly isn’t afraid to take on new challenges that come his way. He keeps on validating himself and learning new things to stay in the online race. Le started off with dance videos and today he’s onto various things like gaming, lifestyle, and has a merchandise store on his own. He draws money from different sources including but not limited to endorsements, promotions, collabs, and advertisements.

He got into dancing at the young age of four and at age 16, he started making dance content and uploading the same to TikTok (formerly Musical.ly).

It took a few years for him to gain popularity on TikTok, and today, he is one of the app’s most-followed creators.

He founded a TikTok collaborative called The Shluv House in 2020 and it houses five creators including Le.

Le and his family own a clothing line called Shluv Clothing.

He is also a passionate photographer.

He has done collab videos with other social media personalities, including Jason Derulo, Crissa Jackson, Mikeila J., and Javier Romero.

Le and his family were part of the Facebook reality series called The Shluv Family. The series was produced by Brat TV.

In Iune 2021, he was defeated in a boxing bout by YouTuber FaZe Jarvis.

He has over 2.5 million Instagram followers and more than 52 million followers on TikTok.