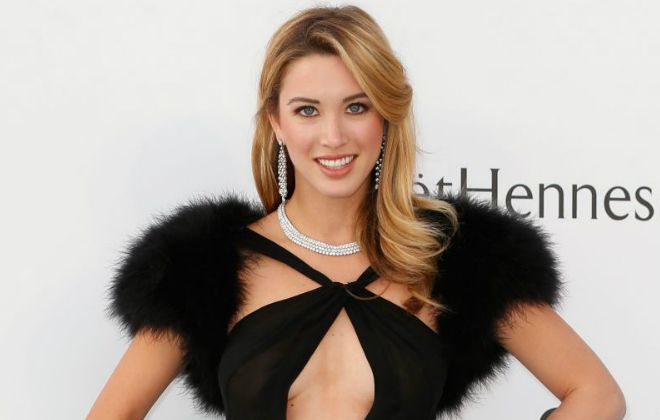 Melissa Bolona is an American actress and model best known for her role as Sasha VanDietrich in the heist action film, The Hurricane Heist in 2018. Her other acting credits include her roles in films such as Acts of Violence,  Malicious, and Dog Eat Dog. She was featured in fashion editorials for Harper’s Bazaar, Esquire, Forbes, Flaunt, Latina, Bella, Vanidades, and has been featured in Vanity Fair and GQ UK.

Melissa Bolona was born on the 28th of December 1989, in Greenwich, Connecticut, United States of America. She is currently 32 years old.

While there’s not a lot to share about her immediate family, Melissa Bolonahad spent most of her life in New Jersey and Lima, Peru. She has German, Cuban, American, and Ukrainian ancestry.

Melissa attended The American Business School in Paris and graduated from Pace University in New York with a degree in International Marketing.

Melissa Bolona is usually not vocal about her personal life and never disclosed anything related to her love life or dating history to the media.

Melissa Bolona made her acting debut as Cindy in the movie “Grace of God” in 2014.

Having played in the movies like The Hurricane Heist, Acts of Violence,  Malicious, and Dog Eat Dog.

Melissa Bolona has an estimated net worth of $1 million. She divides her time between NYC and Los Angeles.

Melissa spent most of her childhood living in New Jersey and Lima, Peru.

She entered into modeling at the age of 5 and has since established herself in the glamour world.

She won the Beach Bunny Swimwear Contest in 2013.

Melissa has appeared on a number of magazine covers, most recently Vanidades, the largest Spanish language magazine in the US.

She has also appeared in fashion editorials for Harper’s Bazaar, Esquire, Forbes, Flaunt, Latina, Bella, Vanidades, and has been featured in Vanity Fair and GQ UK.