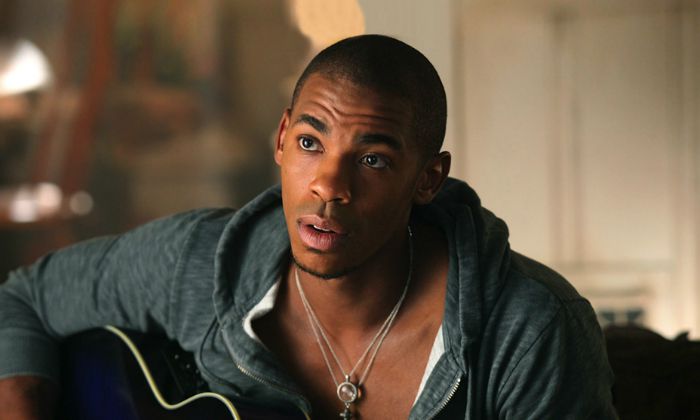 Who is Mehcad Brooks?

Former American model and actor Mehcad Brooks is best known for his starring roles in ABC’s series Desperate Housewives as Matthew Applewhite and in the USA series Necessary Roughness, in which he portrayed the character Terrance “TK” King from 2011 until 2013. He won the Screen Actors Guild Award in 2006 for his role in Desperate Housewives. In 2015, he began playing the leading role of James Olsen / Guardian in trhe CBS series, Supergirl. In films, Brooks is known for his appearances in movies like About Last Night, Adulterers and Nobody’s Fool.

Mehcad Brooks was born on the 25th of October 1980, in Austin, Texas, United States of America. He is currently 40 years old.

Mehcad Brooks graduated from L.C. Anderson High School, a public high school located in Austin, Texas in 1999. He got basketball scholarships from
Ivy League schools but he opted to attend the University of Southern California‘s School of Cinema-Television. However, he didn’t finish his studies, as he left the college to pursue an acting career.

Though Mehcad’s current relationship is presumed to be single. Looking at this dating timeline, one can say that he has hooked up with many women. He hit the headlines in 2009 when he was linked up with British actress Rebecca Mader which appears to be his first known relationship out of his professional life. Tabloids confirmed his relationship with the actress after the two were spotted on public places on various occasions. But, it didn’t sustain long as they called it quits in late 2009.

In 2010, he was seen going out with Canadian actress Serinda Swan and they have co-starred in a horror movie called Creature in 2011. Swan is widely recognized for her roles in movies such as Percy Jackson & the Olympians: The Lightning Thief (2010) and The Baytown Outlaws (2012). His affair with Sawn came to light when they were spotted at Po Restaurant in New York City together in June 2010. They dated for almost a year before ending it in 2011.

In between, in 2010, the news about Mehcad dating fitness diva Maria Rogers made it to the headlines. It appears that he was seeing her before having a relationship with Swan. In 2011, he had a short-lived relationship with Caymanian model Selita Ebanks, who is known for her work with Victoria’s Secret. There were speculations that he is dating Italian actress and showgirl Elisabetta Canalis in 2011.

Speculations of Mehcad dating Frida have been in the air for a long time as they were spotted in many public places and parties together hanging out.

Acting is something that he has always loved to do it. After a brief stint in modeling, Brooks landed a role in the movie entitled “: Who Stole the Dream” in 2002. He played a minor role of a character Wadkins in the film, which was premiered at the Pan African Film Festival on February 20, 2002.

He got his major breakthrough with James Gartner’s sports drama film, Glory Road, in 2006. Based on a true story surrounding the events leading to the 1966 NCAA Division I Men’s Basketball Tournament, Brooks played the role of Harry Flournoy alongside actors Josh Lucas, Derek Luke, and Jon Voight.

Mehcad Brooks debuted on television playing Shawn Hodges in an episode of the comedy fantasy drama show, Do Over, in 2002.

Brooks had a plenty of success with his role in the second season of ABC’s television series, Desperate Housewives. He played the role of Mathew Applewhite in the total of 23 episodes of the series between 2005 and 2006. He won the Screen Actors Guild Award in the category “Outstanding Ensemble in a Comedy Series” in 2006.

Brooks has appeared in a lot of significant roles in various TV shows, including Boston Public, The Game, True Blood, Necessary Roughness, My Generation and Supergirl.

Mehcad’s net worth is estimated to be around $2 million.

He was raised in Austin, Texas. Growing up, he was actively involved in sports and played basketball, football, and baseball.

Brooks was offered basketball scholarships by Ivy League schools but he turned down those offers to attend University of Southern California’s School of Cinema-Television.

He began modeling at the age of 15 and his early works include modeling for Calvin Klein as its underwear model.

He has an extensive vintage collection of Playboy magazines.

In 2005, he was included in Daily Variety list of “Ten Young Actors to Watch”.

Brooks was featured in the July 2010 issue of GQ, alongside model Emanuela de Paula.