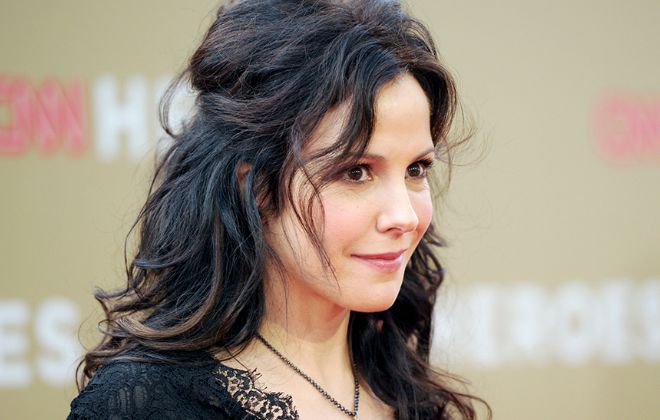 She has also appeared in a number of critically acclaimed films such as Grand Canyon, The Portrait of a Lady, The Spiderwick Chronicles, Red film series, and Red Sparrow. As of 2022, Mary-Louise Parker has a net worth of $16 million dollars.

Mary-Louise Parker was born on the 2nd of August 1964, in Fort Jackson, South Carolina, United States of America. She is currently 57 years old.

Mary-Louise Parker is the youngest of four children to Caroline Louise (née Morell) and John Morgan Parker, a judge who served in the U.S. Army. She has three older siblings. She has Swedish, English, Scottish, Scots-Irish, German, and Dutch ancestry.

Mary-Louise attended Marcos de Niza High School in Tempe, Arizona, and then went to the International School Bangkok. She graduated in 1986 from the University of North Carolina School of the Arts, majoring in drama.

Mary Louise Parker was in a relationship with actor Billy Crudup from 1997 to November 2003. The couple parted ways when she was seven months pregnant with their son, William Atticus Parker, born in 2004.

She also dated actor Jeffrey Dean Morgan from December 2006 until April 2008. They got engaged in February 2018 before they ended their relationship in April 2008.  In 2007, she adopted a baby girl, Caroline Aberash Parker, from Ethiopia.

In 2009, she began dating American singer and songwriter Charlie Mars.

Her first major acting role came in 1991 when she was cast in Lawrence Kasdan’s drama film, Grand Canyon, playing Dee alongside Kevin Kline.

Mary-Louise Parker made her television debut in 1988 as Pearl Spencer in the TV drama war film, Too Young the Hero, which is based on a true story of a 12-year-old boy who forges his mother’s signature to join the United States Navy during World War II.

Parker played Amy Gardner in NBC’s political drama series The West Wing from 2001 to 2006. For her work in the series, she earned Primetime Emmy Awards and Screen Actors Guild Awards nominations.

Parker made her Broadway debut in 1990 as a fearful newlywed who unwittingly switches souls with an old man in Craig Lucas’ Prelude to a Kiss. She was nominated for Tony Awards and Drama Desk Awards and won Theatre World Awards.

She has appeared in a number of stage productions including How I Learned to Drive, Proof, Dead Man’s Cell Phone, Hedda Gabler and Heisenberg.

Parker earned a lot of fame and recognition for her work in both television and theatre. She is best known for her roles in the TV series, Angels in America, Weeds and When We Rise.

As of 2022, Mary-Louise Parker has a net worth of $16 million, according to Celebrity Net Worth.

She spent her childhood living in Tennessee, Texas, Thailand, Germany, and France.

She was listed as one of twelve “Promising New Actors of 1990” in John Willis’ Screen World.

In 2001, she won the Tony Award for Best Actress in a Play for her performance in the play  “Proof,” which first opened at Manhattan Theatre Club, and later transferred to Broadway.

The 2002 song “Butterfly in Reverse” by the band Counting Crows was written for her.

She was originally considered for the role of Susan Mayer in Desperate Housewives in 2004.

Parker is a good friend of Shelby Lynne.

In 2006, she won the Golden Globe Award for Best Actress – Television Series Musical or Comedy for her performance in Weeds.

In 2016, she was honored with the Ally Award for her work as an LGBT rights advocate.

Parker published her memoir in letters titled Dear Mr. You in November 2015.