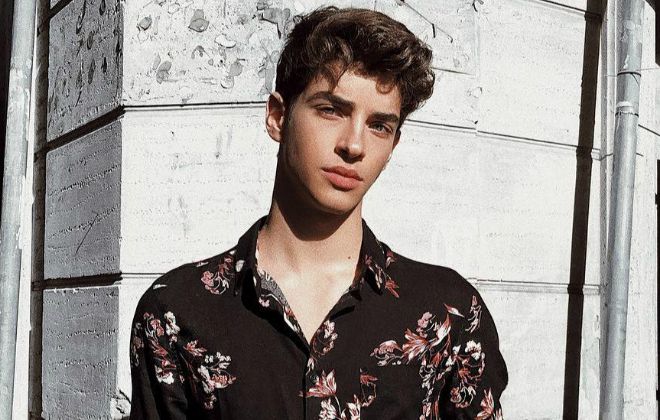 Manu Rios is a well-known social media personality and actor from Spain who is best known for his appearance in the musical TV show Cántame cómo pasó as well as portraying the child role of Gavroche in theatrical drama Les Miserables. In addition, he is also a singer, famous for his cover songs on YouTube. His sheer hard work, passion, and dedication have gained him international fame, who also has a large social fan following. He has around 10 million followers on Instagram.

Very little is known as far as his personal life is concerned. He is the son of Manoli and his wife Julian. He has an older brother named Josemy.

Details about his education as well as his childhood were not disclosed to the press.

Manu has kept his personal life away from the media and thus there is not much information available of any relation he has had in the past or in the present.

Manu was featured in TV shows such as Tú sí que vales and Cántame cómo pasó.

He has released cover songs of many popular songs including Riptide by Vance Joy, Night Changes by One Direction, and Stay by Rihanna.

Several media outlets have estimated his net worth to be $2 million. He resides in Calatrave.

He barely started his career at the age of nine when he was cast in the TV series, Cantando en Familia.

In 2010, Manu auditioned for the role of Gavroche in the musical Les Miserables and was eventually selected to play the role. It debuted at the Teatro Lope de Vega in Madrid.

Rios was a part of the new Parchís teen band and did a role in the 2012 musical ‘Don Pepito’.

During his free time, he enjoys dancing, singing, photographing, or surfing the Internet.

He knows how to play the guitar.

His self-titled YouTube channel has more than 1 million subscribers. Some of his popular videos across the platform are Blackbear – Idfc (Cover by Manu Rios), Manu Rios – Night Changes (One Direction), Manu Rios – Riptide (Cover Vance Joy), among others.