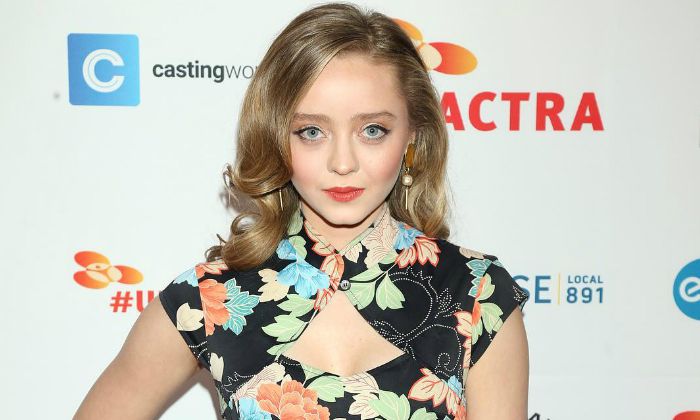 Madeleine Arthur is a Canadian-born American actress who became known to the world with the ABC drama series The Family, in which she portrayed the younger version of Willa Warren. She starred as Jane Keane, the daughter of Amy Adams’ character, in Tim Burton’s biographical film Big Eyes in 2014. She won the Joey Award for “Young Actress Age 15-19 in a TV Series Drama Supporting/Recurring” for her guest-starring role of Charlotte Taylor in The Tomorrow People. Apart from the aforementioned notable works, she has landed in a number of other roles across various films and TV shows, including The Killing, Supernatural, The X-Files, The Magicians, and To All the Boys I’ve Loved Before.

Madeleine Arthur was born on the 10th of March 1997, in Vancouver, British Columbia, Canada. She is currently 25 years old.

Madeleine is the only child of her parents Jane (née Walter) and Brian Arthur. Other than that, not much is known about her parents, including their professions. She attended Sir Winston Churchill Secondary School in Vancouver, British Columbia, Canada, where she was the valedictorian of her graduating class in 2015. In addition to academics, Arthur has also been interested in gymnastics from a young age and was a competitive gymnast for 13 years. She left the sport to pursue her acting career.

Despite being a well-known personality in the entertainment industry, Madeleine’s romantic life still remains a mystery. She hasn’t revealed anything about her personal life.

Madeleine Arthur landed her first onscreen role as Sally in the horror film, “Grace: The Possession” in 2014.

Arthur’s first television appearance as an actor came in 2011 when she was cast as Meg in an episode titled Dreamcatcher of the fantasy series, “R.L. Stine’s The Haunting Hour”.

Madeleine earned critical acclaim for her starring roles in such TV series The Tomorrow People (2014), The Family (2016), and The Magicians (2018).

As far as her film roles are concerned, she landed the role of Older Jane in the 2014 biographical movie Big Eyes. Based on the life of American artist Margaret Kean, the film was well-received by the audience and her performance in the film was largely appreciated by critics and fans. The success of the film landed her next role in 2018, this time as Christine in the movie To All the Boys I’ve Loved Before. She would reprise her role in its sequel, To All the Boys I’ve Loved Before 2, which is scheduled for release in 2010.

Even though she has been in the acting scene since she was 6, she never intended to be an actress until the 11th grade.

She got her start as an actress at age 6, playing the role of Oliver in the stage production of Oliver Twist.

Arthur remained a competitive gymnast for 13 years until she made her small screen debut in the fantasy series, “R.L. Stine’s The Haunting Hour”.

She’s multilingual. She can speak French, English, and Spanish.

Madeleine took violin lessons at the age of five.

She was an executive member of the Best Buddies club, an organization that helps people with disabilities, in school.

Also an activist, she is a huge supporter of the Say No to Ivory organization that fights to eradicate the hunting and poaching of elephants.

In 2018, she played the role of Fray Waugh in the fantasy TV series The Magicians but featured in only five episodes of the series.

When she is not acting, she enjoys amateur photography, traveling, pottery, art, and reading.

She is set to star as Mae in the Netflix thriller series Devil in Ohio, which is based on the novel of the same name by Daria Polatin.