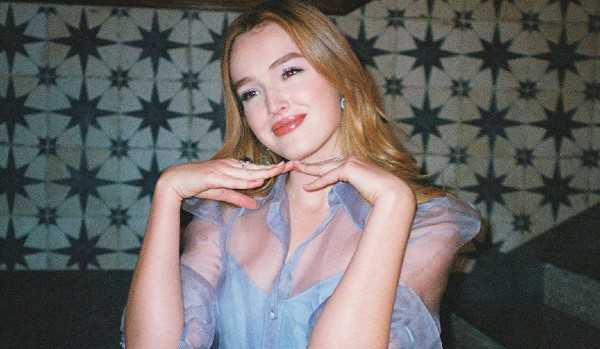 Maddison Brown is an Australian actress and model. She received critical praise for her role as Kirby Anders in the CW soap opera Dynasty, a role that she has been playing since 2018. Her other notable performances include Strangerland and The Kettering Incident.

Throughout the course of her modeling career, she worked with designers like Calvin Klein, Jason Wu, and Marchesa. She’s as well known for her ad campaigns for Miu Miu. She has garnered over 800 thousand followers on Instagram.

She completed her school education at Marian College, a Catholic high school in Kenthurst, Sydney, New South Wales. She then studied at Our Lady of Mercy College in Parramatta, New South Wales.

Maddison Brown was in a relationship with actor Liam Hemsworth from 2019 to 2020.

Maddison is probably best known for her role as Kirby Anders in the CW prime-time soap opera Dynasty. She’s a series regular who plays Joseph’s daughter, and Steven’s biological half-sister.

As a model, she has worked with major brands like Philip Lim, Calvin Klein, Jason Wu, and Marchesa.

Brown started her career as a model early in life, appearing in print ads and commercials. Different brands and designers have worked with her, including the likes of Jason Wu and Calvin Klein.

She first appeared in the movie Go Big at the age of 6 where she played the younger version of Gina.

In 2018, she became the face of the 10th Witchery White Shirt Campaign.

She is fond of hamburgers and doughnuts.

Maddison is quite popular on social media and her Instagram account alone has earned over 750 thousand followers.