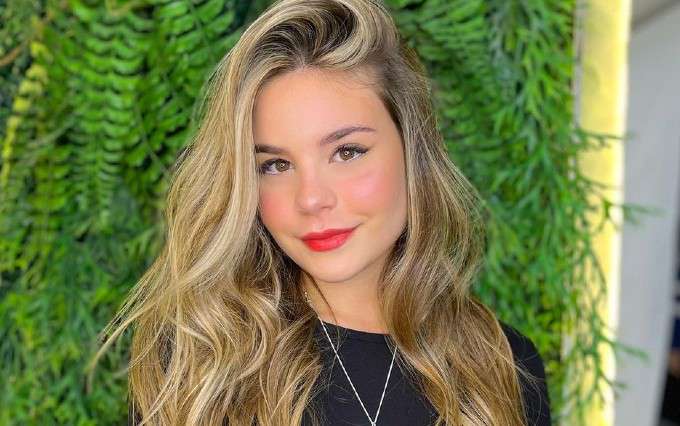 She is a charm and fun-loving person who has achieved a tremendous amount of success and fame at a young age. On YouTube, she has some 5 million subscribers, where she uploads short dance videos, pranks, challenges, and daily vlogs. Here’s everything you need to know about Luara Fonseca.

She is of Spanish and Portuguese ancestry.

Luara has been dating TikTok star, Matheus Souza Albino, for a while now. She often features her boyfriend in her Instagram posts as well as TikTok videos.

She was previously in a relationship with Instagram star Thiago Costa Maia.

The 16-year old TikTok star started off with the short video sharing app, TikTok (formerly Musical.ly), by uploading lip-syncs and dance content. Luara quickly became a fan favorite among many TikTok users and managed to garner over 21 million fans and close to a billion likes as of January 2022. Her cute expressions and quirky moves to the tunes of popular songs have helped her gain initial traction on the app, and over time, she went on to explore different genres. Her videos are so popular that each receives millions of views effortlessly.

Net Worth and Earnings

Undoubtedly, she’s one of the richest social media stars in Brazil, thanks to her extensive social media presence. Chinese app, TikTok contributes the most to her wealth, followed by YouTube and Instagram. Her ever-growing popularity and followers have led to partnerships with major brands, and her social media posts prove it.

Luara now has over 21 million followers on TikTok, 15 million Instagram followers, and 4.5 million subscribers on YouTube. Accomplishing all these astonishing goals at such a young age is a huge feat, and it has paid off her well in terms of wealth and fame. Since she is just 16 years old as we speak, there’s a lot more to come her way, and definitely, she’s going to reach places as she gets older.

According to various media outfits, Luara Fonseca’s net worth as of 2023 is estimated to be around $400 thousand dollars.

Being a native of Brazil, she spent her entire life in her hometown, where she took her school education.

As one of the most followed creators in her home country, she was constantly included in the top ten TikTok followers list in Brazil.

She has often featured her family members on Instagram.

Her most popular video on YouTube is Embaixo d’água, uplaoded on May 4, 2019, has clocked 29 million at the time of writing. Her other popular videos include 48 horas com meu namorado, Estou namorando #Thiara responde, Fui viajar!, and #diadosnamorados.