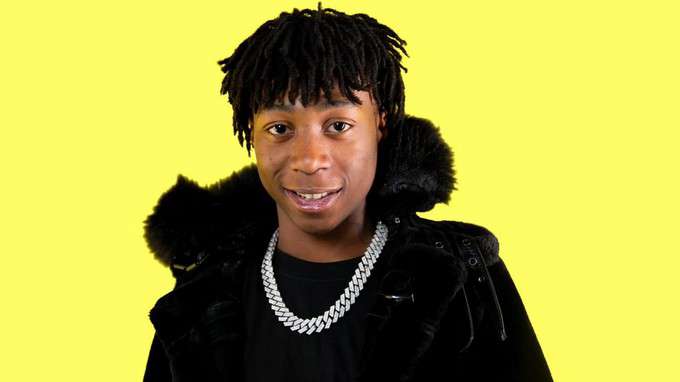 Dashawn Maurice Robertson, better known by her stage name Lil Loaded was an American rapper and singer who was probably best known for songs “6locc 6a6y” and “6acc On The 6locc.” The song “6locc 6a6y” has garnered more than 28 million views and was awarded a gold certification by the Recording Industry Association of America. He released his studio album “A Demon in 6lue” and mistape “CRIPTAPE” in 2020.

Loaded was arrested in October 2020 for killing his friend Khalil Walker while recording a music video. He was indicted on a lesser charge in March 2021. The rapper dies on May 31, 2021, at age 20. It is determined that the rapper has died by suicide.

He has African-American ancestry.

Not much is known about his early life. He is the middle of five children – two sisters and two brothers. His older brother died when he was 15 years old.

Lil Loaded released his single “6locc 6a6y” in the summer of 2019. The song quickly became a viral hit after a YouTuber Tommy Craze uploaded a reaction video to the song. The song has been viewed more than 28 million views on YouTube and eventually received a gold certification. The success of the song made him a familiar name in the pop scene.

He Killed his Friend

On October 25, 2020, Robertson was recording a music video with his 18-year-old friend Khalia Walker. There is no evidence of what happened between the two, but he shot and killed his friend. On November 9, 2020, he surrendered to the police and was facing a murder trial.

On June 1, 2020, several news outlets broke that Robertson has died. It was later confirmed by his lawyer Ashkan Mehryari. According to reports, Lil Loaded has killed himself during the late hours of May 31st. He was 20 years old.

He moved to Dallas when he was a kid.

Lil started rapping at the age of 18.

Robertson released his debut mixtape 6locc 6a6y in 2019 and followed it up with his debut studio album A Demon in 6lue in 2020.

Lil Loaded had an estimated net worth of $350 thousand dollars.