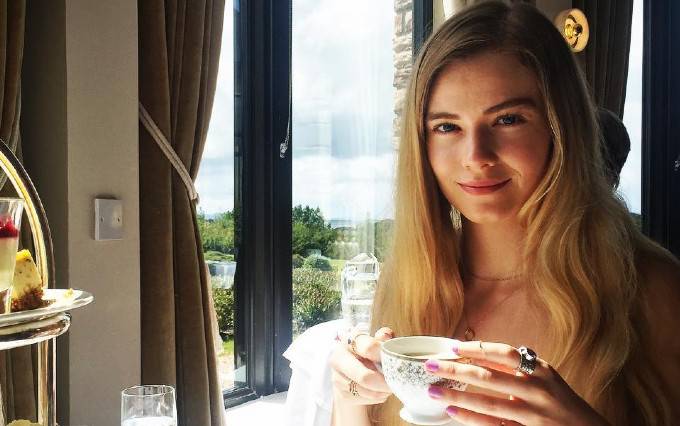 Leah McNamara is an Irish actress who catapulted to fame for her role as Aud on History’s Vikings. She is also known for playing Rosalind Devlin in the 2019 BBC mini-series Dublin Murders. Other than these major appearances, she has also had starring roles in Hugh O’Conor’s 2019 film, Metal Heart, and Rachel in the 2020 BBC Three/Hulu series, Normal People. Her film credits include Nails, Metal Heart, and Danny Boy.

She’s of Irish and English descent.

Leah McNamara’s father’s name is Brian McNamara. Apart from this, not much is known about her family and early life. He attended Castletroy College and then enrolled at the University College Cork from which she graduated with an honors degree in Drama and Theatre in 2015.

As far as Leah’s dating life is concerned, she is known to be secretive and hasn’t disclosed anything about her love life or dating history to the media.

While Leah’s exact net worth is not known at the moment, it is safe to say that she’s already made a huge deal of money from her major scores in Vikings and Dublin Murders. In addition to that, she has starred in a bunch of movies and TV shows and all of that have contributed a significant share to her net worth. So, taking all those aspects into account, it is safe to say that she should be worth somewhere between $500 thousand and $1 million dollars.

McNamara started off her career back in 2010 when she starred as waitress in an episode of the TV series Jack Taylor.

She was cast in the recurring role of Aud in the action-adventure historical drama television series Vikings from 2017 to 2019, in which she co-satrred with Travis Fimmel, Katheryn Winnick, and Clive Standen.

In 2019, Leah receive critical acclaim for her portrayal of Rosalind Devlin in the crime drama series Dublin Murders, which is based on the Dublin Murder Squad books by Tana French.

Leah provided her role to multiple characters in the video game Expeditions: Rome in 2022.