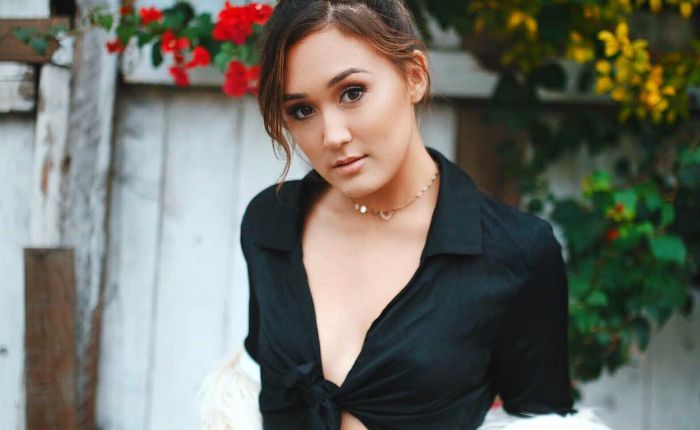 Lauren Riihimaki is a Canadian fashion vlogger and DIY specialist best known for her fashion and beauty videos. She launched her YouTube channel called ‘LaurDIY’ in 2011, through which she has been enlightening over 9 million people with her DIY videos. She also posts videos related to her private life on her other vlog titled “LaurDIY2”. Having associated with several brands on their advertising campaigns, Lauren plunged into acting by starring in the comedy short ‘This Is How We Never Made Out’.

Lauren Riihimaki is the only child of Greg Riihimaki and Gail Riihimaki. Her father is of Finnish and Ukrainian descent while her mother is of Japanese descent.

Riihimaki then enrolled at Ryerson University, graduating with a Bachelor of Technology degree in Graphics Communication Management in 2015.

Lauren Riihimaki has been dating a guy named Jeremy Michael Lewis who goes on the Instagram handle of “jeremymichael22” since 2019.

She was in a relationship with fellow YouTuber Alex Wassabi from 2015 to 2018. She first met him at a YouTube event called Brandcast in New York City in April 2015. The couple called it quits in September 2018.

Before that, she dated Sebastian “Baz” Morris for three to four years.

Growing up, she hasn’t excelled in academics, however, she desired to make a career in the creative field. She launched her YouTube channel entitled ‘LaurDIY’ in late 2011 while she was still in college. After graduation, she became active in posting beauty and fashion stuff to her YouTube channel. Her videos did find the right audience accumulating an insane amount of traffic and over the years, she has grown to a popular YouTuber with over 7 million subscribers.

In September 2017, she released the song DIY Queen. She’s working on her own album.

Lauren landed her debut role as Lisa in the 2017 comedy horror film Boo 2! A Madea Halloween.

She has appeared in the TV series ‘YouTubers React’, ‘Project Mc²’ and ‘Me and My Grandma’.

She has been closely associated with brands like Starbucks, P&G, Etsy and Duck Tape, and has appeared on a TV commercial for Fanta.

Lauren has accumulated a net worth of over $3 million dollars as of 2022. Without a doubt, her net worth comes from ad revenue, brand endorsements, and an acting career. She resides in a plush house with her boyfriend in Los Angeles. She owns a Honda Fit, which she brought in 2015.

She learned to play guitar and piano when she was a child. She’s now a certified piano master.

While Lauren was in school, she excelled in sporting events like swimming and skating, She also won the Best Female Athlete Award while in middle school.

She’s quite proficient in French.

Lauren has been featured in Seventeen magazine, MTV, and the Today Show.

She loves the Shiba Inu breed of dogs.

As per her videos, she is allergic to over 56 various things.

In 2016, Lauren Riihimaki launched her own company called PopSockets which specializes in making a stamp-like device that grips the back of a smartphone. It acts as a texting grip, media stand, and headphone wrap.