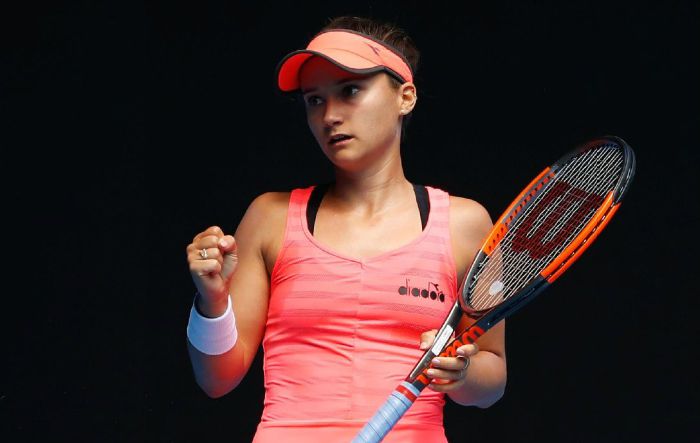 Lauren Davis is the only daughter of Bill Davis, Cardiologist, and Traci Davis, nurse. Her father is the author of several health books including “Wheat Belly”, and works in Wisconsin.

Lauren, in fact, has no visible relationship ties with anyone, at least, we know of, or she may be good at handling it better than her peers. In case if she has a boyfriend, it appears that she has no plans to reveal the identity of her boyfriend to fans yet.

Davis made her junior debut via wild card at the 2008 US Open, losing to Ajla Tomljanović. she won her first junior tournament at a Grade 3 tournament in Philadelphia, Pennsylvania, defeating Brooke Bolender in three sets. She officially turned professional in 2011 and won her first WTA match at the 2011 Miami Masters qualifiers by beating Jill Craybas in three sets.

Lauren Davis has a net worth of $6 million as of 2023. Throughout her career, she has won prize money of $2.1 million.

She has been playing tennis since she was 9 years old. At 16, she moved to Florida to get training at the Evert Tennis Academy.

Though she’s small standing at just 5’2″, she is known for her aggressive play.

While some of her American peers were uncomfortable on clay, Lauren is recognized for her skill on the hardcourt.

She defeated Flavia Pennetta in straight sets at the 2014 Wimbledon Championships.

Davis reached her first WTA final at the 2016 Citi Open, where she was runner-up against Yanina Wickmayer.