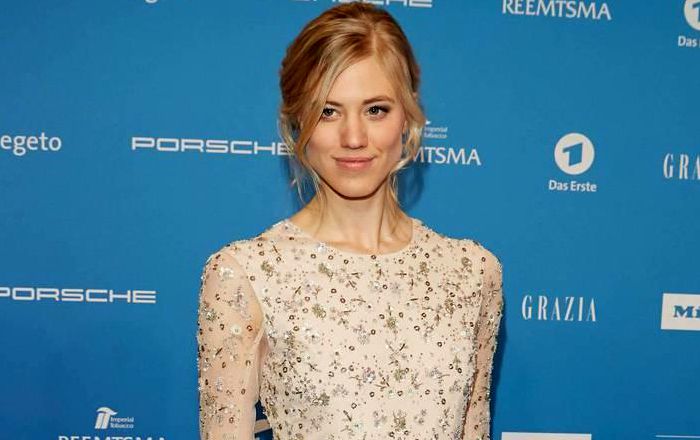 Larissa Marolt is an Austrian fashion model and actress who won the debut season of Austria’s Next Top Model. She also contested in the German version of the reality show Next Top Model and secured eighth place. Besides, She has starred in a number of TV shows and films, including Let’s Dance, Ich bin ein Star – Holt mich hier raus!, SOKO 5113 and Storm of Love.

In July 2010, Larissa graduated from the girls’ high school “St. Ursula “in Klagenfurt with her high school diploma / Matura.

Marolt attended a Gymnasium and passed her A-Levels in 2010. She studied acting at Lee Strasberg Theatre and Film Institute from September 2011 to June 2013.

Marolt was in a relationship with filmmaker Whitney Sudler-Smith from 2011 to 2016, which attracted widespread media attention at that time.

Larissa Marolt had her first starring role in Barbara Gräftner’s film Rise Up! And Dance, which was premiered on March 11, 2014, at the UCI Cinema in the Millennium City in Vienna.

In 2009, she competed in the debut season of Austria’s reality show Next Top Model, where she was declared the winner of the show. She was just 16 when she was successfully auditioned for the show.

Being the winner of Austria’s reality show Next Top Model.

She has appeared in several TV commercials.

She grew up in St. Kanzian on Lake Klopein with her older sister and two younger brothers.

She developed an interest in acting at a young age and got training at the youth theater club of the Stadttheater Klagenfurt.

In April 2014, Marolt won a Romy award at the 25th Romy TV Awards ceremony in the Vienna Hofburg.

In June 2014, Marolt received the “New-Face-Award” at the Leading Ladies Award ceremony in Vienna.

In 2015, Marolt bought the hotel Seehotel Klopein at Lake Klopein together with her father.