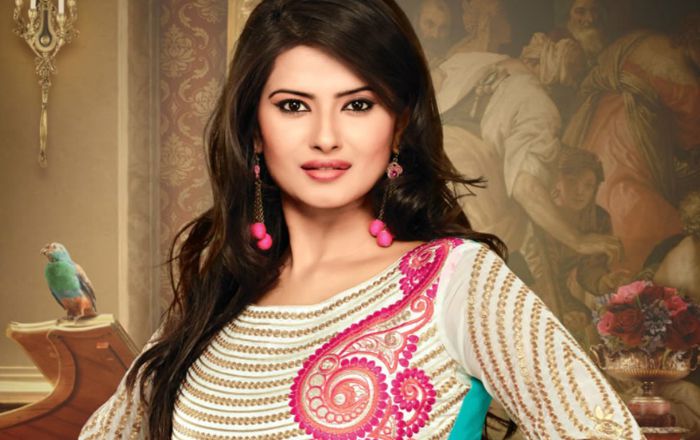 Kratika Sengar is an Indian television actress who is probably best known for her starring roles as Rani Lakshmibai in Jhansi Ki Rani, Aarti in the popular show Punar Vivah, and Tanu/Tanuja in Kasam Tere Pyaar Ki. She has won several awards for her stellar performance in TV serials including Zee Rishtey Awards, Zee Gold Awards, and BIG Star Entertainment Awards. She was cast in the lead role of Jhanvi in the 2014 film My Father Godfather which marked her debut on the silver screen.

Kratika Sengar married Nikitin Dheer in September 2014 and has been together since then.

In 2014, Kratika Sengar made her silver screen debut with the Bollywood comedy flick, My Father Godfather for her role as Jahnvi.

She made her debut appearance on television with the daily soap opera, Kyunki Saas Bhi Kabhi Bahu Thi, in which she played the role of Saanchi / Sugandi. The serial aired on Star Plus from 2007 to 2008.

The budding actress is recognized for playing the lead roles of Rani Laxmibai in the historical drama series, Jhansi Ki Rani and as Aarti Yash Scindia in the soap opera Punar Vivah. Both serials were broadcast on Zee TV, which earned her a bunch of awards in different categories.

After graduation, she worked in an advertising agency before landing in showbiz.

She never enjoyed her college life as she missed her family badly for three years. She became so obsessed with her family members that without them it was hell for her to stay in New Delhi.

While growing up, she never thought of becoming an actress but somehow she ended up here.

Kratika at one point in time really wished to be a part of the reality show Khatron Ke Khiladi but her parents and husband didn’t allow her to take part in the show.

She loves listening to romantic songs rather than fast and loud numbers.

After a hiatus of three years, she returned to acting in 2021 with a cameo role of Sandhya in the Punjabi-language soap opera Choti Sarrdaarni.