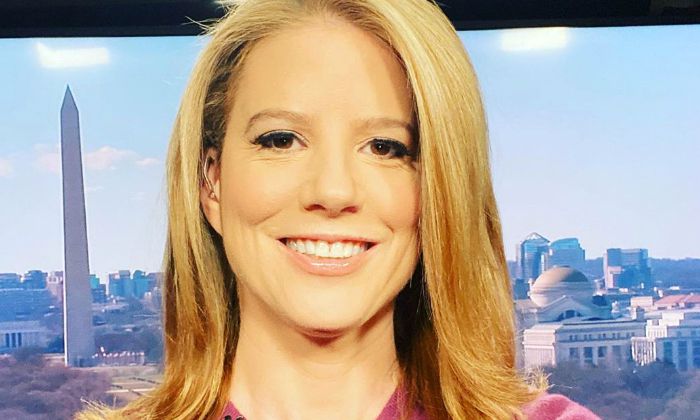 Who is Kirsten Powers?

Hailing from Fairbanks, Alaska, Kirsten Powers is best known as a columnist, author, and political analyst. She currently works for CNN as a political analyst, where she makes appearances on several shows, including Anderson Cooper 360°, CNN Tonight with Don Lemon, and The Lead with Jake Tapper. In addition, she also writes for USA Today. Prior to CNN, Powers spent eleven years at Fox News as a political analyst and contributor besides writing columns for the New York Post, and later The Daily Beast. Kristen is also the author of the bestselling The Silencing: How the Left is Killing Free Speech.

Kirsten Powers was born on the 14th December 1967, in Fairbanks, Alaska, United States of America. She is currently 52 years old.

There’s not much to share about her parents other than the fact they belonged to Irish-American heritage. Both her parents were professors and former archaeologists. She has a brother.

She was raised as an Episcopalian but spent much of her early adult life as an atheist. In her mid-30s, she became an evangelical Christian.

For her education, Kirsten attended Monroe Catholic High School in Fairbanks, Alaska, and graduated in 1986. She then attended the University of Maryland and attended Georgetown University Law Center for a year and a half.

Kirsten Powers was married to Professor Marty Makary from January 2010 to 2013. She had a brief relationship with actor and Congressman Anthony Weiner in 2012

She is currently in a relationship with fellow journalist Robert Draper. They made their engagement publically on Nov 16, 2016.

As a democratic, Kirsten Powers began her carer as the Democratic Party staff assistant for the Clinton-Gore presidential transition team before being appointed Deputy Assistant U.S. Trade Representative for Public Affairs.

She held several positions before becoming a full-time journalist, including serving as press secretary for Andrew Cuomo’s 2002 governor’s race and as a consultant to the New York State Democratic Committee. She was also Vice President for International Communications at America Online, Inc. from 1998-2002.

Kirsten Powers joined Fox News as a political analyst and contributor in 2004. During her stint, she appeared regularly across the channel including Special Report with Bret Baier, Fox News Sunday, The Kelly File and The O’Reilly Factor.

She left Fox and joined CNN as a political analyst in August 2016. She has since appeared on various shows such as on Anderson Cooper 360°, CNN Tonight with Don Lemon, and The Lead with Jake Tapper.

Although the exact net worth of Kirsten Powers is unknown, several sources have reported her to be worth around $1 million. She hasn’t revealed anything regarding her remuneration as a political analyst.

Kirsten Powers has a decent social media presence with more than 18,000 people following her on Instagram. She is largely active on Twitter, where she’s got over 310,000 followers. She is also on Facebook and has accrued more than 3,500 followers.

The Washington Post has called Powers “bright-eyed, sharp-tongued, [and] gamely combative” and Mediaite deemed her “Fox’s liberal to be reckoned with.”

She is good friends with Jonah Goldberg’s wife.

In 2015, she published her book, The Silencing: How the Left is Killing Free Speech, on Regnery Press.