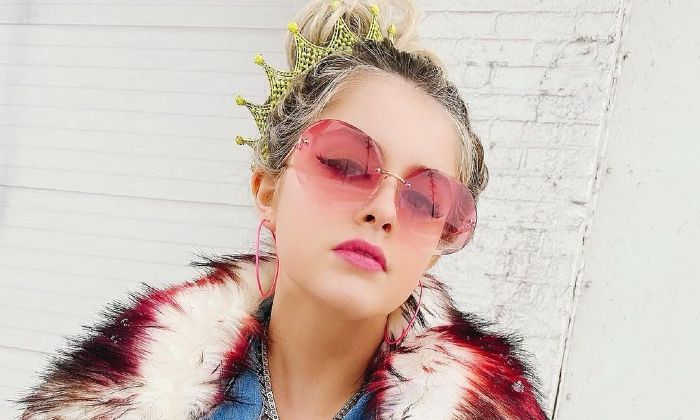 Kiera Grace, better known by her stage name KG Crown, is an American singer, songwriter, actress, and model. She first caught the attention at age 4 when she signed with Ford Models, appearing in numerous advertisements and magazines worldwide. At age 7, Kiera formed the music band Good Kicks with her three older brothers. They worked alongside Grammy-winning songwriters and producers in Nashville, TN, selling music to 18,000 churches and landing an opportunity with Nickelodeon.

At age 12, Kiera embarked on a solo career and began performing under the stage name KG Crown. The crown became a key signature in her branding. Her music is strongly influenced by the genres of K-pop, pop, and hip-hop. Today, KG Crown can be seen as the face and model of many brands.

KG Crown was born on June 17, 2007, in St. Louis, Missouri. She lives with both of her parents and three older brothers, Jake Ryan, Joseph Dean, and B-Rex (Bryce). The family moved to Michigan in 2007.

Crown relocated to Los Angeles, California in 2021 to pursue singing and acting full-time. She has attended both public and private schools in the past but is currently homeschooled to pursue her career.

Given the fact that Kiera is barely 13-years-old, the chances of her having a boyfriend are slim at best. She’s possibly single because there are no credible sources to confirm the existence of a potential significant other, as well as a lack of evidence on any of her social media profiles.

KG Crown began her music career performing as Kiera Grace in the sibling band Good Kicks. She and her 3 older brothers produced Contemporary Christian music and performed at school chapels, festivals, and churches. Their music was sold in 18,000 churches worldwide. As the children matured and pursued other interests, Kiera Grace launched a solo career in pop secular music, performing under the name KG Crown.

The crown is a key signature in her branding. Her musical style blends the genres of K-pop, pop, and hip-hop. Her debut EP is expected to release in Spring 2021.

Besides her music career, KG Crown has also taken a stab at acting and modeling. is also a model and actress. She has appeared in musical theater and television as well as featured in numerous magazines and commercials. She continues to perform, record music, and pursue an acting career internationally.

At such a young age, KG Crown has already garnered much attention for herself. Her career shows how diverse she is and how much passion she has for singing and acting. She has amassed a huge social media following becoming a major influencer for Generation Z. She’s got nearly 50 thousand followers on her @kgcrownofficial Instagram account. On TikTok, she has over 150 thousand followers.

She supports the LGBTQ community.

She plays various instruments such as guitar, piano and drums.

KG Crown has dreams of owning her own beauty and fashion lines, as well as starting her own charity in the future.

She is a talented actress and dancer. She enjoys hip-hop, lyrical and tap dancing but hates ballet.

Kiera Grace is very religious. She identifies as a strong Christian but supports religious beliefs of all kinds.

Her favorite musical she performed in was School of Rock, where she played the role of Zack Mooneyham.

Her favorite food is pizza. She is a vegetarian.