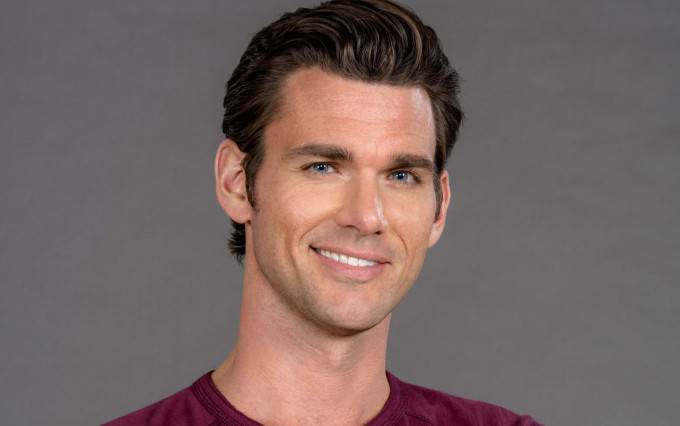 Kevin McGarry is a well-known film and television actor from Canada. He began his acting career in 2006, with his first major role coming in the year 2015 in the TV series Open Heart thus putting him in the spotlight. The Canadian actor is best recognized for his portrayal of Nathan Grant in the Hallmark Channel series When Calls the Heart, and Mitch Cutty in Heartland. He has also appeared in several television films like Random Acts of Christmas, Christmas Scavenger Hunt, Winter Castle, Hometown Holiday, Love at First Bark, and Final Destiny, among many others.

Kevin McGarry was born to parents Kathy and Mike McGarry in Kincardine, Ontario, Canada. For his education, he studied at George Brown College, graduating with a degree in creative writing in 2007. He discovered his interest in acting while in college and began acting in college productions before taking formal training in acting. He studied Theater Arts at Fanshawe College in London, Ontario, and later studied at the Pro Actors Lab in Toronto.

Being an actor is not always easy as it would be, and Kevin is no exception to it. The Hallmark Channel star is not married yet officially but he has been romantically linked with the actors who have worked with him as well as with those who have nothing to do with his acting credits.

Kevin is romantically involved with Kayla Wallace, his When Calls the Heart co-star for some years now. They began working together in the series back in 2018 and they have been linked since. Kayla is a Canadian actress and model whose notable acting credits includes The Magicians, ABC’s The Good Doctor, Once Upon a Prince, and Heatwave. Though it is not known when the pair started dating, they started going out together in late 2020 and even started attending red carpets and other industry-related events

Kevin McGarry launched his career in the entertainment industry back in 2006 when he was cast in the short film Rock and a Hard Place. He followed it up with a minor role in an episode of the TV series Lovebites in 2007. His career really took off in 2015 after he booked in the TV series Open Heart to play the role of Dr. Timothy Hudson. This was his first major role and a breakthrough in his career that lead to other roles and opportunities. The next year, he landed a leading role in the Hallmark movie Signed, Sealed, Delivered: From Paris With Love and went on to do more movies for the channel. Moving forward, he starred in a number of Hallmark original movies, including the likes of Random Acts of Christmas, Christmas Scavenger Hunt, Winter Castle, Hometown Holiday, Love at First Bark, and Final Destiny.

H was born and raised in Kincardine, Ontario, Canada.

He is a big fan of the Toronto Blue Jays.

The Canadian native took acting very seriously after college graduation and started giving out auditions for roles in both TV series and films.

He appeared in Saw 7 The Final Chapter.

Kevin and his ex-girlfriend Tori Anderson starred as doctors in the TV show Open Heart.

His stage credits include A Midsummer Night’s Dream, The Complete Work of William Shakespeare and She Loves Me.