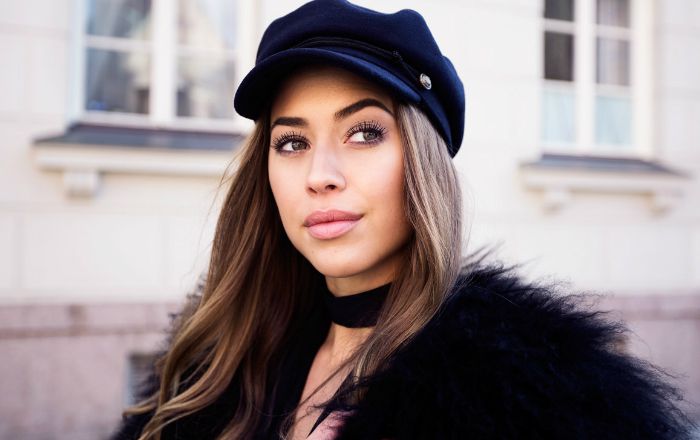 Kenza Zouiten is a Swedish fashion model, blogger, and actress who runs one of Sweden’s most viewed blogs “Kenzas”. She has hosted her own web TV show Kenza & Tyra Show. She has modeled for various popular names including Guldfynd, Ur & Penn, and JC, and has made the covers of renowned magazines. She has her own fashion label called IvyRevel.

Kenza Zouiten was born on the 21st of April 1991, in Stockholm, Sweden. She’s currently 31 years old.

She is married to Aleks Subosic since August 2017.

She hasn’t appeared in any film yet.

She has hosted MTV Europe Music Awards for a few years in a row.

In 2014, Zouiten took part in Let’s Dance, the Swedish version of Dancing With The Stars alongside her dance partner Calle Sterner.

She has modeled for various brands both Swedish and international brands as well as appeared in their TV commercials.

Her net worth is estimated to be around $1 million US dollars with most of the money coming from modeling and endorsement gigs, personal blogs, and other business ventures.

She spent her childhood years in Morocco before moving to her hometown in Sweden.

She launched her blog called “Kansas” at the age of 15 years old with an intention to cover her teenage life and everything that comes across her. Today, it has grown to be one of the biggest blogs in Sweden drawing more than half a million visitors every week.

By 16, she became an entrepreneur running her own fashion company and launched the Jofama collection by Kenza.

She briefly worked as a VJ for MTV where she was part of the broadcast team for several MTV European Music Awards shows.

She is a fashionista and launched her own fashion label, IvyRevel, in Europe in 2013. The company manufactures women’s clothing, swimwear, and accessories such as shoes and handbags.

She has graced the covers of magazines like VeckoRevyn, Frida, Café magazine, Bubbleroom Magazine, and Solo.

In 2009 she won “Fashion blog of the year” by Aftonbladet newspaper, and in February 2012 Zouiten won the “Best international blog” award at the Bloglovin Awards in New York, United States.