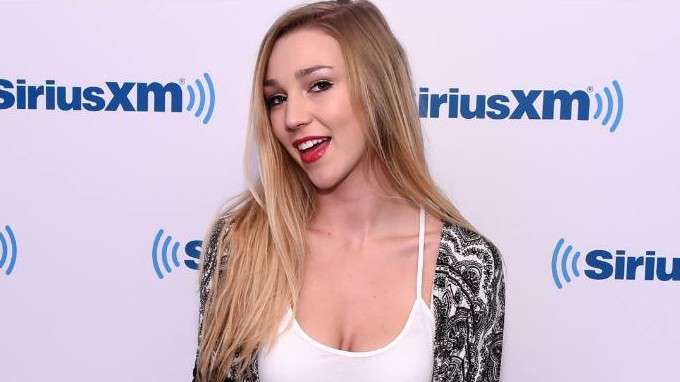 Kendra Sunderland is known to be secretive when it comes to her family life. She hasn’t disclosed anything about her parents or her early life except that she was raised along with four siblings.

She attended West Salem High School and then went to Oregon State University. It was the university library that made her a star and landed her in the profession that she’s enjoying now.

Very little is known about the romantic aspect of her life. She has a son. Other than that she hasn’t revealed too much about her son or the father to her son.

While at Oregon State University, she got herself registered at a webcam site. One of her followers suggested her stream from a public place that would earn her a lot of money. She did a live stream from the university library, during which she masturbated and the video went viral landing her in big trouble. The university expelled and banned her from entering the campus. It was the moment that she changed her life completely. She chose a career path that was never in her plans. Today, she is a recognized porn star with millions of followers across the world.

She was born and raised in Oregon.

After the library video went viral, she was expelled from the university, lost her job, her family disowned her, and even her boyfriend of that time broke off with her. On top of that, she faced legal issues for public indecency.

In December 2020, Instagram terminated her account and banned her after she made posted an explicit video of her on the platform.

She was featured in Vixen.

As of 2022, Kendra Sunderland is estimated to have a net worth of around $1 million dollars.