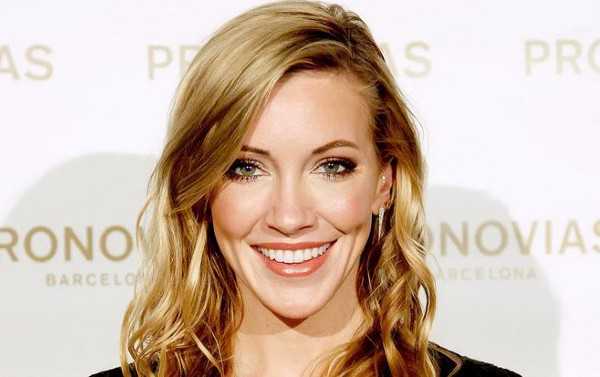 Katie Cassidy is an acclaimed film and television actress from Los Angeles, California. She is most famously known for being versatile as she took on various roles throughout the career. Dubbed as “scream queen” in the 2000s, Karie has starred in a bunch of horror films and series, including When a Stranger Calls (2006), Supernatural (2007–2008), and Harper’s Island.

Katie completed her schooling from Calabasas High School in 2005. She then enrolled at the prestigious Tisch School of the Arts to hone her acting skills.

Katie Cassidy married Matthew Rodgers on December 8, 2018 after dating him for more than two years. Two years later in January 2020, they announced that they were separated and subsequently filed for a divorce. It was finalized in March 2021.

She has had a fair share of men in her life. She dated film producer Dana Brunetti from 2014 to 2016, Canadian ice hockey player Jason Garrison from 2012 to 2014 and singer Jesse McCartney from 2005 to 2007. In 2010, she started a relationship afresh with Jarret Stoll, who is also an ice hockey player form Canada. The duo broke up in 2012.

Cassidy was cast in the third season of The CW’s supernatural drama series Supernatural as Ruby, a demon. She played a bride-to-be character named Patricia “Trish” Wellington on the CBS horror mystery limited series Harper’s Island in 2009.

Cassidy played Laurel Lance / Black Canary, an attorney turned vigilante, on The CW’s series Arrow. She joined the series in the season premiere and appeared for eight seasons. She reprised the role in the TV series The Flash and Legends of Tomorrow.

As of 2023, Katie Cassidy has a net worth of $3 million. In a career that spans over two decades, she has appeared in various TV series and movies as well as worked in music videos, and even took on voice jobs. She is a multifaceted personality who is not only an exceptional actor and but has also shown the world that she is a skilled singer and musician.

Cassidy got her start as an actor back in 2003 when she landed a guest-starring role in a 2003 episode of the Lifetime drama series The Division.

She made her big-screen debut in 2006, starring in the role of Tiffany Madison in the horror movie When a Stranger Calls.

She received a Teen Choice Award nomination for her performance in the famous horror film A Nightmare on Elm Street. But she lost it to Actress Megan Fox.

Katie is a spokeswoman for the charity H.E.L.P. Malawi.

She dabbled as a cheerleader throughput her high school years.

She has modeled for brands like Abercrombie and Fitch.

Katie took voice lessons and gymnastics at an early age. She can even play the piano and guitar.