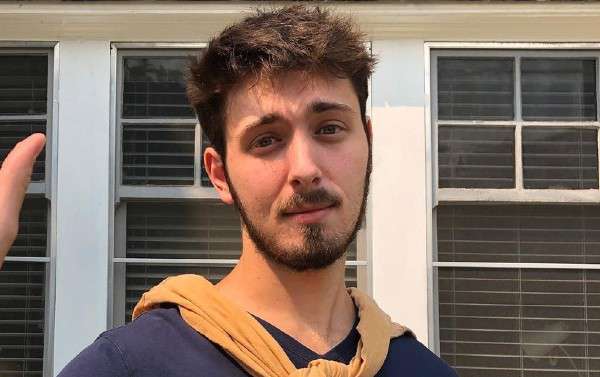 Julian Murray Stern has taken the internet by storm in recent times. He is the only son of actress and producer Lisa Kudrow, who is no stranger to the fans out there. She’s an Emmy Award-winning actress who has worked on numerous projects in her career, including the famous sitcom Friends.

The 23-year-old has just graduated from the University of Southern California. Lisa took to Instagram to share her proud moment as a mom and posted her son Julian’s pictures from the graduation ceremony. Here’s everything you need to know about Lisa Kudrow’s son.

Julian attended Crossroads School for Arts & Sciences, a private preparatory school in Santa Monica, California. After that, he joined the School of Cinematic Arts of the University of Southern California to study Film and Television Production. He graduated in 2021 with a Bachelor of Fine Arts degree.

When it comes to his love life, we have to accept the fact that his parents are doing an exceptional job of protecting his personal life from the public eye. We couldn’t find any credible information on who is he dating now or if he has any romantic past as he has kept that aspect of his life out of the media.

Being the son of the famous and multi-award winning actress, writer and producer Lisa Kudrow.

There is no information in regard to Julian net worth right now. But, Lisa Kudrow, who is his mom and a popular actress in the entertainment industry has a net worth of $90 million. This is her net worth alone and the combined net worth of Julian’s parents would be more. Since he’s the only son to his parents, all the money that they earn will eventually go to him someday through inheritance.

Lisa Kudrow told Page Six that Julian when he was young, told them that he didn’t want a brother or sister and wanted to be their only child.

He loved riding scooters and skateboarding while growing up.

When he was young, he had a strong liking for actress Jennifer Aniston and he was so attached to her to the fact that he would call her ‘mommy’ whenever he sees her on TV.

The American sitcom, Friends, is one of the most popular television shows and it has a cult following from all over the world. However, Julian, was never a fan of the show though he admires his moms work on the show.

He’s on Instagram where he has close to 50 thousand followers. His bio reads “Actor” so we can assume that he wanted to be an actor.