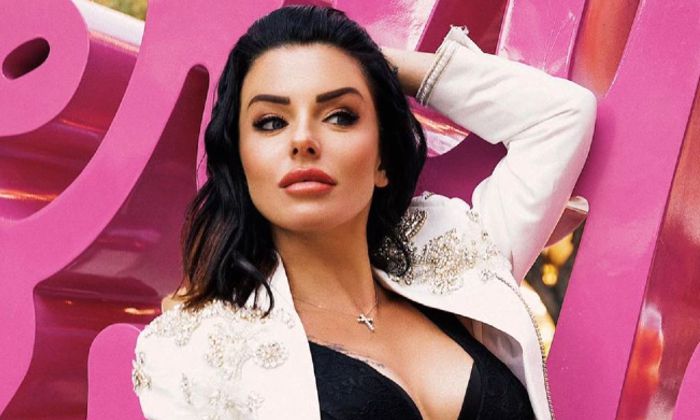 Julia Volkova is a Russian singer, recording artist, and actress, who reached prominence as a member of the Russian girl group t.A.T.u., along with Lena Katina. The duo released their first single “All the Things She Said” in 2002 to major success which topped the charts in many countries and followed up with hit singles “Not Gonna Get Us” and “All About Us”. She left the band citing creative differences with the management in 2009, a year after the release of the album Waste Management. She has also appeared in such movies as Zombie holidays 3D, Together Apar, and Panelák.

Julia Volkova was born on the 20th of February 1985, in Moscow, Russian SFSR, Soviet Union.

Julia Volkova is the only daughter of businessman Oleg Volkov and his hairdresser wife, Larissa Volkova. From an early age, she showed an interest in music and her parents enrolled her in a music school at age six where she took up piano and singing lessons.

Though details about the school she attended have not been specified, it is known that her school teacher encouraged Julia’s parents to enroll her in a music school after being extremely impressed by her talents. At age nine, she became a member of Russia’s children’s chorus Neposedi and after spending three years with the group, she left it and joined t.A.T.u.

Concerning her personal life, Julia Volkova was in a relationship with her long-time boyfriend Pavel Sidorov, with whom she has a daughter Viktoria Pavlovna “Vika” Volkova, who was born on September 23, 2004. The couple broke up soon after.

She then began dating businessman Parviz Yasinov and they got married in 2007. They welcomed their son Samir on December 27, 2007, but separated three years later and their divorce was finalized in 2010.

Julia Volkova began her music career after joining the the children’s singing group Neposedi when she was 9 years old. Three years later, she and Lena Katina whom she met during her time in Neposedi, formed a girl group called t.A.T.u

The duo released their first single “Ya Soshla S Uma” in 2000, followed by their debut album, 200 Po Vstrechnoy, on May 21, 2001. The album reached number one in the Czech Republic, Poland, and Slovakia. They soon garnered a lot of attention and became one of the most successful music groups in Russia. They signed to Universal’s sub-label Interscope Records in 2001.

The group is credited with several hit singles, including “All the Things She Said”, “Not Gonna Get Us” and “All About Us”. In 2009, they released the album entitled Waste Management, their last album in which they worked together, and after which, they went solo.

In her illustrious career, she has also appeared in a few movies, including her debut film You and I, in which she starred alongside Lena Katina and Mischa Barton. Her other acting appearances include Zombie holidays 3D, Together Apart and Panelák.

Julia Volkova was diagnosed with thyroid cancer in 2012 and undertook complex surgery to remove the tumor in 2016. During the process, her laryngeal nerve was damaged, and thus Julia lost her voice forever.

As of 2021, Julia Volkova is estimated to have a net worth of $10 million, mostly acquired through her successful career.