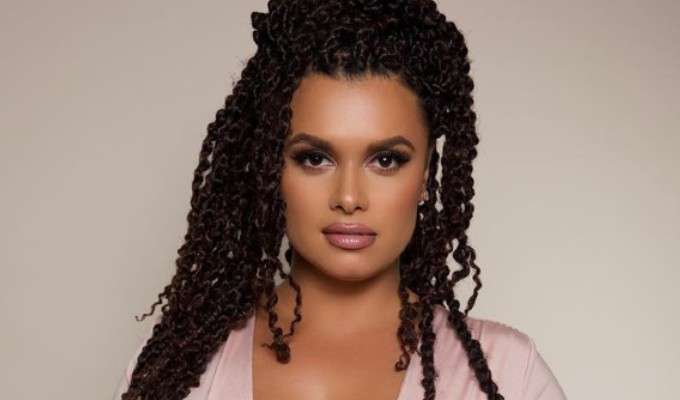 Fox Sports 1 journalist who is most famously known for co-hosting the talk show “The Herd with Colin Cowherd” alongside the most notable sports journalist Colin Cowherd. Joy Taylor is a radio and television host from Pittsburgh, Pennsylvania.

She began her broadcasting career as a radio host on WAXY, a popular radio station in Miami, where she spent three years co-hosting 790 AM’s The Ticket’s Morning Show. She later served as a host of Thursday Night Live and Fantasy Football Today on CBSSports.com. Since 2016, she has been working for FS1, starting with the sports debate show Skip and Shannon: Undisputed before moving to The Herd with Colin Cowherd in 2018. She has close to half a million followers on Instagram.

She was born the youngest of three children to Anthony Taylor and his wife Georgia Taylor. Her older brother, Jason Taylor, is a retired NFL defensive end and the Pro Football Hall of Fame (2017). He’s one of the most celebrated football players of his time who has played 15 seasons in the National Football League. She has a sister named Noah.

She is of French-American descent. Other than that, not much is known about her family and early life.

She earned her broadcast communications major from Barry University in Miami Shores, Florida in 2009. While studying at Barry University, she got interested in radio hosting and interned as a radio host at local radio stations. She also worked as the manager of the university’s radio WBRY 1640 AM.

Taylor was married to Richard Giannotti for about a year from 2016 to 2017. He was the President of Athlete Asset Management as well as the financial advisor for the Global Wealth management Sports and Entertainment. The couple ended their married life in 2017.

In 2018, she began dating former NBA point guard and head coach Earl Watson and became engaged in September that year. The pair called it quits in November 2019.

As of 2023, Joy Taylor has a net worth of $1 million. She is one of the most popular and successful sports anchors out there in the United States. In over a decade of broadcasting career, Joy has forged a place for herself in the television industry. She’s one of the most prominent names on the small screen and will continue to enjoy the success of her career as a television anchor.

Taylor was raised in Pittsburgh, Pennsylvania.

She started out as a radio host with the radio show, “The Noise”, while still studying at the Barry University.

She got her break when she joined the 790 AM The Ticket as the executive producer and spent the next three years at the station. While working there she also co-hosted the talk show The Ticket Morning Show.

In 2016, she secured a position as a moderator for the Fox Sports debate show Skip and Shannon: Undisputed. Before that, she worked at CBSSports.com, where she co-hosted Thursday Night Live and Fantasy Football Today.

She has her own YouTube weekly show called Joy Taylor Talks.