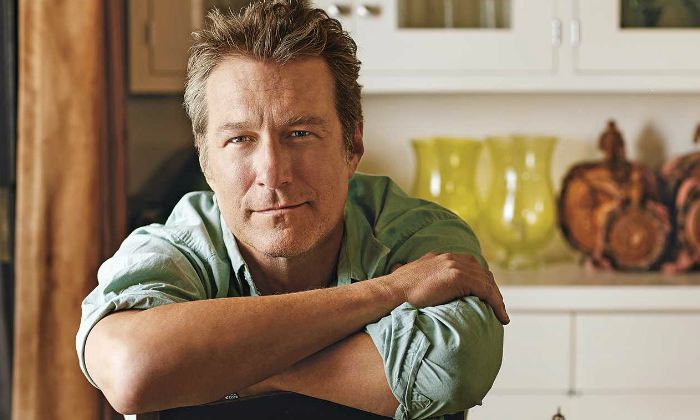 John Corbett is an American actor and country music singer who is immensely popular for his roles as Chris Stevens on CBS’ Northern Exposure and as Aidan Shaw on HBO’s Sex and the City. His other acting credits include My Big Fat Greek Wedding, United States of Tara, Parenthood and Sex & Drugs & Rock & Roll. His eponymous debut studio album debuted at #45 on the Billboard charts.

John Corbett was born on the 9th of May 1961, in Wheeling, West Virginia, United States of America. He is currently 60 years old.

John was born to Sandra “Sandy” (née Pavilack) and John Marshall Corbett. They married when he was two years old. His father is of English descent and was a member of the Jehovah’s Witnesses. His mother was Russian Jewish. He was raised by his mother and stepfather in an apartment near the Ohio River in West Virginia and they both worked at his uncle Phillip’s music club.

John Corbett graduated from Wheeling Central Catholic High School in 1979. After graduation, he did factory jobs for a few years before studying hairdressing and acting at Cerritos College in Norwalk.

John Corbett is currently in a relationship with actress Bo Derek. They first met on a blind date in 2012.

John Corbett had his professional acting role as Big Augie, in John Milius’s drama war film, “Flight of the Intruder”.

He made his television debut as Louis in an episode of the coming-of-age-comedy-drama TV series “The Wonder Years’ in 1988.

He released his debut studio album titled “John Corbett” on April 4, 2006 via Fun Bone/Co5. The single
“Good to Go” from the album debuted at No. 48 on the Billboard Hot Country Songs chart, which was the highest debut by a new artist from an independent label. His second country album, “Leaving Nothin’ Behind”, was released on January 29, 2013.

John is known for his appearances in Northern Exposure, Sex and the City Sex and its sequel, My Big Fat Greek Wedding,  United States of Tara, Parenthood and Sex & Drugs & Rock & Roll.

As of 2022, John Corbett has a net wort of $10 million. He lives with his family on a ranch in Santa Ynez, California.

Growing up, he served as an altar boy for seven years at St. Joseph’s Cathedral.

He started learning how to play the piano and guitar at age 7 and by 16 he grabbed a job as a security guard at the Capitol Music Hall.

He worked as a hydrotester in a steel factory called Kaiser Steel in Fontana for six years.

He got his first major break after starring as the love interest of Nia Vardalos in her hit film, My Big Fat Greek Wedding.

He has two German Shepherds and four horses.

Corbett has appeared in more than 50 TV commercials, first being the Samsung commercial.

In 2018, her was cast in John R. Leonetti’s film adaptation of Tim Lebbon’s horror novel The Silence, alongside Miranda Otto and Stanley Tucci.

He is a co-owner of a club in Seattle called the Fenix Underground.