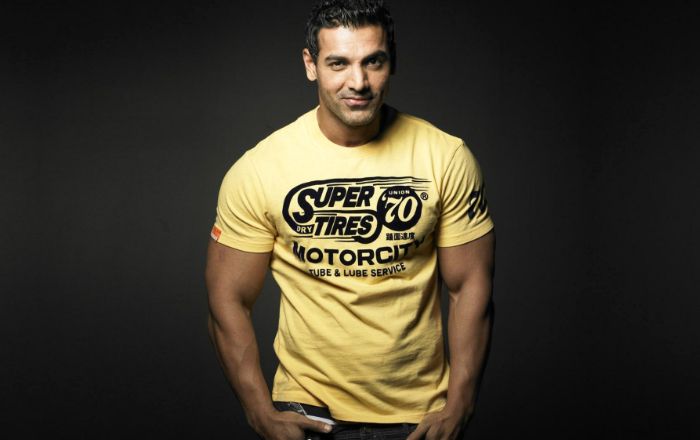 John Abraham is the older son of Abraham John, a Malayali Protestant Syrian Christian, and Firoza Irani, an Irani with Gujarati roots. He has a younger brother named Alan Abraham. His cousin’s sister is Susy Mathew. His mother is Parsi and his father is a Christian from Kerala.

John Abraham married Priya Runchal, an NRI financial analyst and investment banker from the USA on 3 January 2014. He met her in Mumbai in December 2010.

In 2007, Abraham turned producer, co-producing romantic Bollywood film, Salaam-e-Ishq: A Tribute to Love, along with Mukesh Talreja and Sunil Manchanda.

His first production venture under his banner Rising Sun Films was the 2012 Indian romantic comedy film Vicky Donor which had Ayushmann Khurrana, Yami Gautam, and Annu Kapoor in the lead roles. The film received the National Film Award for Best Popular Film Providing Wholesome Entertainment as well as nominated for Filmfare Award for Best Film.

Even though he has not starred in any TV series or hosted any TV show, he has appeared in many promotional talk shows.

John Abraham has an estimated net worth of $34 million US dollars as of 2022. He lives in a luxurious duplex in the posh area of Bandra in Mumbai which sprawls over an area of 5,100 sq ft.

John forayed into the glamour world appearing in the music video of the song of Punjabi singer Jazzy B.

He was a fitness freak and also a huge fan of bikes. He bought his first bike when he was 18 years old.

Abraham worked as a media planner for the company Enterprises-Nexus.

In 1999, he won the Gladrags Manhunt Contest and went to the Philippines for Manhunt International, gaining visibility in the modeling world. He later modeled in Hong Kong, London, and New York City.

He appeared in various music videos for the singers like Pankaj Udhas, Babul Supriyo, and Hans Raj Hans.

He then ventured into acting and joined Kishore Namit Kapoor acting school in Mumbai to hone his acting skills.

Madras Cafe and No Smoking are his favorite movies from the movies he had starred in.

John Abraham has been actively involved in charities all throughout his career and has donated a huge amount of money for various causes.

John is a pescetarian, one who does not eat meat but does eat fish.