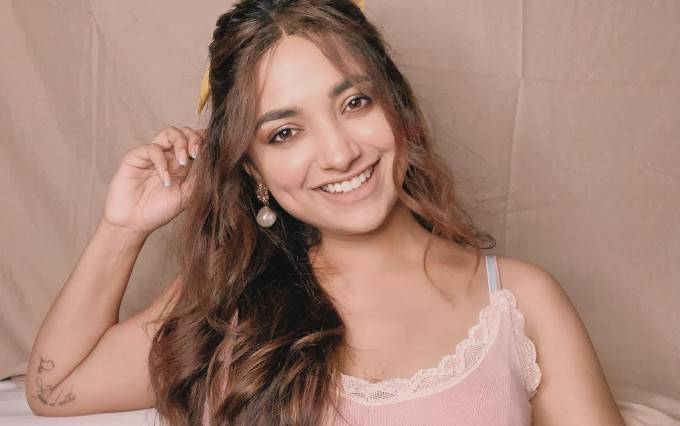 Based in Mumbai, Maharashtra, Jiya Shankar is an actress and model who is most recognized for her portrayal of Dr. Iravati “Ira” Pandey in Meri Hanikarak Biwi, Susheela Ruhail Solanki “Susheela” in Kaatelal & Sons, and Pavithra in Pishachini. In addition, she has done guet roles in TV shows like MTV Big F, Pyaar Tune Kya Kiya, and Laal Ishq. On the film front, she has been featured in Entha Andanga Unnave, Kanavu Variyam, and Vedd. She has garnered around 700k followers on Instagram.

Jiya is known to be secretive when it comes to her personal life. She hasn’t disclosed anything about her love life or dating history to the media.

Jiya got her start in the entertainment industry in 2013 in the Telugu-language film Entha Andanga Unnave, starring Ajay Manthena.

She ventured into television two years later in 2015 when she was cast as Alisha Rai in the TV show Love by Chance opposite Karan Singhmar.

In 2020, Jiya starred as Pakhi in the 2020 Hindi-language comedy web series Virgin Bhasskar 2.

She launched her YouTube channel titled “Jiya Shankar Vlogs” in May 2022. The channel boasts around 10k followers.