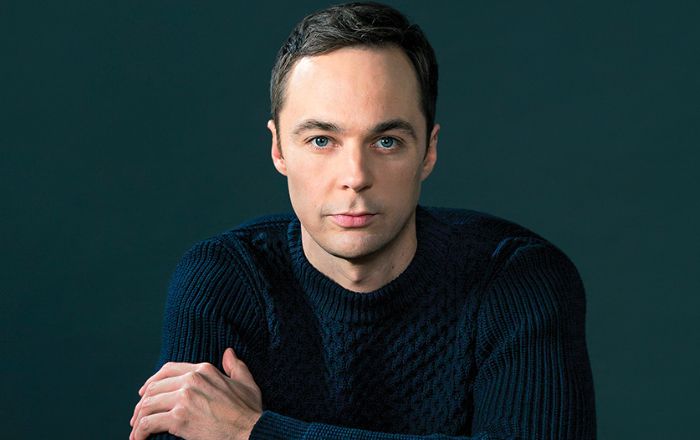 Jim Parsons is an American actor who became known for his portrayal of Sheldon Cooper in the popular comedy series The Big Bang Theory. He earned several awards including four Primetime Emmy Awards and a Golden Globe Award for his role in The Big Bang Theory. He plays Adult Sheldon Cooper in the CBS sitcom Young Sheldon. In addition to his prominence roles, he has appeared in a number of films and TV series, not to mention the stage productions.

Jim Parsons was born on the 24th of March 1973, in Houston, Texas, United States of America. He’s currently 49 years old.

Jim Parsons is the son of Milton Joseph “Mickey/Jack” Parsons, Jr. and teacher Judy Ann (née McKnight). His father died of a car accident in 2001. He has a sister, Julie Ann Parsons, who is a teacher.

Parsons attended Klein Oak High School in the Spring neighborhood of Houston. He earned a bachelor’s degree from the University of Houston and was later admitted to the University of San Diego, from where he graduated with a Master of Fine Arts degree in Acting in 2001.

Jim Parsons married his longtime boyfriend Todd Spiewak, who is an art director, in May 2017 in New York. They dated for more than 14 years.

Jim earned his first acting credit as a casting assistant in the 2003 French movie, Happy End.

He made his first television appearance in the NBC television show, Ed, where he played the role of Chet in an episode entitled “The Road”.

He gained huge popularity and recognition for his role as Sheldon Cooper in the CBS comedy-drama, The Big Bang Theory. He has won multiple Primetime Emmy Awards and a Golden Globe Award.

Parsons has a net worth of $160 million dollars, as of 2023. He earns $1 million per episode of Big Bang Theory. He has earned two-thirds of his net worth from his role on the CBS sitcom, The Big Bang Theory. Parsons lives in the New York City neighborhood of Gramercy Park with his boyfriend. He also owns a luxury mansion in Los Angeles.

He decided to become an actor after playing the role of the Kola-Kola bird in a school production of The Elephant’s Child at the age of six.

Parsons was a founding member of Infernal Bridegroom Productions and had appeared in more than 17 plays during his bachelor program.

Growing up, he was heavily influenced by TV sitcoms, such as Three’s Company, Family Ties, and The Cosby Show.

He worked as an assistant for Megan Halverson at Microsoft Sidewalk in Houston before becoming an actor.

He is good friends with The Big Bang Theory co-stars Simon Helberg and Kaley Cuoco.

In March 2015, he was awarded a Star on the Hollywood Walk of Fame at the famous 6533 Hollywood Boulevard in Hollywood, California.

He founded a production company, That’s Wonderful Productions, with his partner, Todd Spiewak.

In 2018, Parsons was one of the actors who voiced the audiobook A Day in the Life of Marlon Bundo.