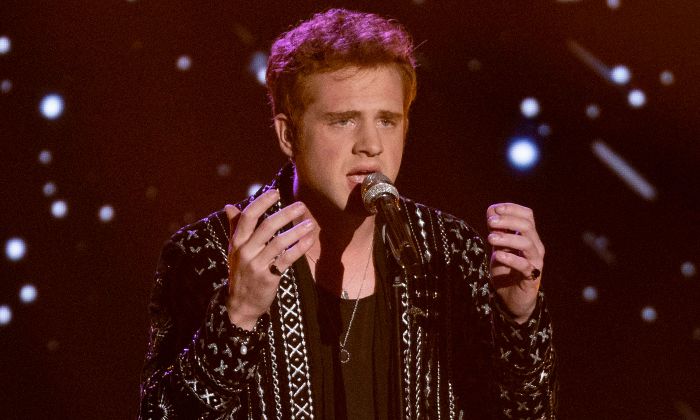 Jeremiah Lloyd Harmon is an American singer and musician who came into the limelight when he made it through the audition of Season 17 of America’s biggest talent hunt show, American Idol. He is one of the most promising contestants on the show who’s already grabbed a spot in the top 6, followed by his milestone performance last week.

Jeremiah is a self-made musician, who began writing songs at a young age and went on to perform those songs at the Lynchstock Music Festival in Lynchburg, Virginia. The talented singer vows the judges and audiences every passing week with his outstanding performances. In addition to his mesmerizing vocal skills, the emotional side of his story about the difficulties he’s had facing ever since coming out as gay has moved a lot of audiences.

The exact birth date of American Idol contestant Jeremiah Lloyd Harmon is unknown. But, according to some sources, he was born on the 27th of March 1993, in Alexandria, Los Angeles, United States of America. Going by that information, he’s currently 29 years old.

Jeremiah Lloyd Harmon hails from a religious family. His father, Jerry Harmon, is a Senior Pastor at Grace Bible Baptist Church in Catonsville, Maryland. His mother, Carolyn Harmon, is a homemaker. He is the eldest of four siblings, including his older sister named Annie, and brother-in-law Jonathan. Jeremiah had a very strict upbringing as he grew up in a tight-knit conservative Christian household where life largely revolves around the church, the church community, and faith in God and the Bible. He spent a lot of his childhood growing around in Tennessee and Arkansas and Missouri.

After graduating from high school, Jeremiah enrolled at Liberty University in Virginia but had to defer his attendance three times before finally enrolling at Towson University in Baltimore. He had originally planned to finish his studies this spring but he had to postpone as he’s currently busy with Idol.

Jeremiah is openly gay. He came out to his parents last November and moved out of his family in January, starting a new life with his Boy Friend, John Keister, who is also a musician. He first met him at the YMCA in Catonsville last year but he knew him already as they had matched on Tinder a year ago. He then approached him with his number and they went out to dinner that night and have been dating ever since.

He later found a new church job, where he told the church staff he’s gay as he was afraid of being discriminated against in any way. Jeremiah started to realize that he’s gay when he was nine years old because he had an attraction to other boys. In fact, he even had a crush on one guy at the youth camp.

As his family members have been actively involved in church, his mother put him and his siblings in piano classes and he grew up singing in church. He began writing songs during his college days and even ended up performing those pieces of work at the Lynchstock Music Festival in Lynchburg, Virginia, for three consecutive years.

Jeremiah made his television debut as a singer, appearing on the Season 17 of the talent hunt show, American Idol in 2019.

Harmon has just launched his singing career through Idol, but he has already created a niche for himself in the pop scene. There’s no information about his net worth available at the moment, but considering his vocal abilities and his passion for music, it’s certain that he has a bright future ahead. And apparently his net worth very likely to grow in the coming years.

He grew up listening to Christian music and spent his childhood living in various places due to the nature of his father’s job as a pastor.

Jeremiah was working as a janitor in his father’s church before giving auditions on American Idol.

His family wasn’t supportive at the beginning of the show and as he advanced further into the show, and it was his boyfriend who was by his side during his Idol journey.

Jeremiah’s parents finally came out to his support until recent episodes. He became excited and thrilled to have his family supporting and cheering for him in live shows.

He is also good at playing guitar and Piano.

He performed “Who Wants to Live Forever” by Queen and “A Million Dreams” from The Greatest Showman in a duet with Madison Vandenburg in the Top 8 and received enough votes to advance to Top 6.

He has cited Jeff Buckley, Sufjan Stevens, Paul Simon and Leonard Cohen as his musical influences.

Harmon and his boyfriend live together in Catonsville, Maryland.