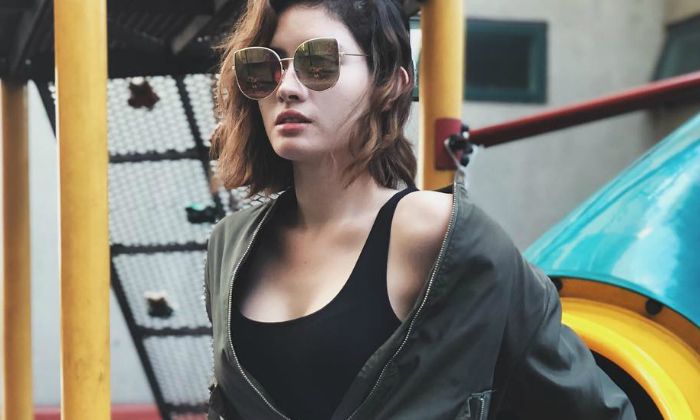 Jazz Ocampo is a Filipino actress and model who gained an enormous amount of fame lately for her works on television. She got her first major break in television with the fantasy series Enchanted Garden, in which she played the role of Queen’s servant Amapola. Some of her notable works as an actress include her roles in That’s My Amboy (2016), GRIND (Get Ready It’s a New Day) (2017), Dear Urge (2017), Super Ma’Am (2018), and My Guitar Princess, to name a few.

Jazz Ocampo was born on the 17th of December 1997, in Las Piñas, Metro Manila, Philippines. She is currently 24 years old.

Talking about her family, we do not have access to the entire details of her family. But here’s what is known about The Super Ma’am actress. Her mother’s name is Michelle Grace, who is half-Spanish while her father (name unknown) is half-American. She has a twin sister named Jhaid McDonald and she also has two younger siblings. She is the niece of radio anchor, Neil Ocampo.

Rumors say that Jazz Ocampo has been dating Kjwan frontman, Marc Abaya, in early 2019. But neither of them has confirmed nor denied the claim.

Jazz Ocampo landed her first acting role in the 2018 Indonesian horror movie called, Santet, in which she played the role of Aaliyah.

Jazz made her television debut with the TV competition series, Star Factor in 2011.

As an actress, Jazz landed significant roles in television series such as That’s My Amboy as Trina Dominguez, Sinungaling mong puso as Hannah Arellano, and GRIND (Get Ready It’s a New Day) as Tamara “Solanj” Martinez.

The budding actress has been active in the creative industry for almost a decade, with most of her years as a contract artist with GMA Network, a major national commercial broadcast television and radio network in the Philippines. She has been a part of several TV shows ever since her inception into acting and made her feature film debut in 2018. With that said, she must have earned a sizeable amount of money from her acting career but the exact details of her net worth unknown. She lives in Manila City, Metro Manila, Philippines.

Before earning fame as an actress, she was a commercial model and starred in several commercials for brands like Samsung, Ponds, and KFC.

Jazz plunged into the creative industry at a very young age as a child model.

She was only 12 years old when she gave audition for a role in TV5′s Star Factor and was subsequently signed by the network as one of its rising stars.

She’s good friends with fellow Filipino actress, Ashley Ortega since they met at the set of InstaDad in 2015.

Her traditional Mestizo appearance is due to the fact that both her parents have European and Native American roots.

Jazz has many tattoos, including a finger tattoo and a black and white rose tattoo located between her forearm and wrist.

As a devoted Christian, she often quotes the Bible on her social media.

Her favorite things in the world are makeup and makeovers and she loves playing archery in her free time.