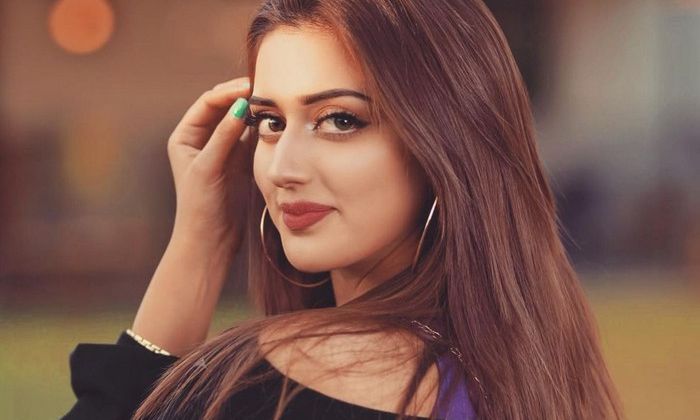 Born and raised in Pakistan, Jannat Mirza has found much success as an online influencer. This beautiful young woman, who’s in her early twenties, is certainly on the rise. In 2020, she made headlines for being the first Pakistani content creator to reach the 10-million mark on TikTok, a short video-sharing platform.

As of early 2021, her TikTok account has raked in over 14 million followers and she has over 2 million-plus-strong Instagram followers. Jannat is one such content creator, who soared to stardom in a short period of time, thanks to her gorgeous looks and charming personality. Over the years, she has built a career in her own right that many people would only dream of. As a successful TikToker, she will continue to entertain her fans as long as she’s able to.

Born into a Muslim Rajput family, Jannat was raised along with her younger sister, Alishbah Anjum, in her hometown of Shah Faisalabad, Punjab, a province in Pakistan.

Her mother, Anjum Mirza, had featured in one of her early TikRok videos, which became her first video to garner over a million views. Her father is a businessman, whose identity has been revealed as of yet.

She’s a college graduate, having attended her school and college in Pakistan.

As it is already known, Jannat Mirza is the kind of person who doesn’t talk much about her personal life. According to her Instagram bio, she’s still single but there have been several reports claiming her to be in a relationship with a guy named Umer Fayyaz Butt, who often appears in her videos.

She jumped onto the TikTok bandwagon in March 2018 and became the first Pakistani Tiktoker to garner over 10 million fans.

She posted a TikTok video set to the Shakira song “Hips Don’t Lie” in December 2019.

In July 2020, Jannat appeared along with Ali Josh in the music video for the song “Shayar” by Sarmad Qadeer.