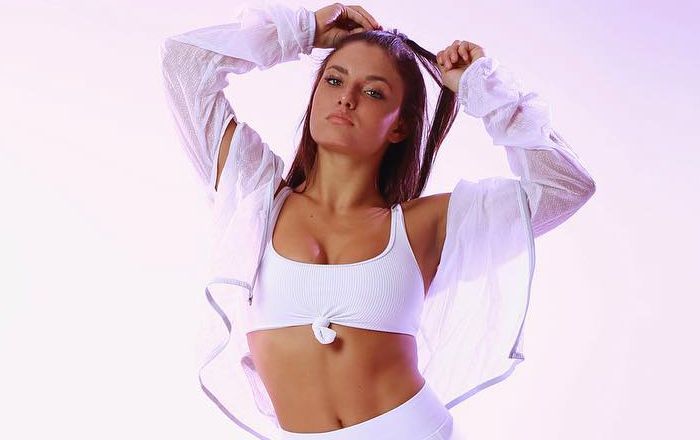 Jade Chynoweth is an American actress who came into the limelight after portraying her role as young Artemisia in the 2014 epic historical fantasy war film ‘300: Rise of an Empire’. She is best known for her recurring role as Kathleen Nolan on the TNT television series ‘The Last Ship’ and Odalie Allen on the YouTube Red series ‘Step Up: High Water’.

Regarding her family and childhood, there’s not much known information about her parents as well as her childhood. She has two siblings, including Dylan, who is a fitness trainer. She has Italian, Welsh, Danish, and Native American ancestry.

Jade has never talked about her personal life while interacting with media or fans on social media, and thus there is not much information available of any relation she has had in the past or in the present.

Jade Chynoweth’s first on-screen role was in the 2014 epic historical fantasy war film ‘300: Rise of an Empire’, in which she played the role of a younger Artemisia.

Jade Chynoweth had first appeared as a Street Dancer in the 2012 comedy musical series Dr. Fubalous. Her first television role came in 2015 in the drama series The Last Ship, in which she played the role of Kathleen Nolan.

She attained fame and recognition as a dancer and fitness influencer. This young and vibrant damsel has a huge following on social media with over 2 million followers on Instagram.

As an actress, she was cast in films like ‘300: Rise of an Empire’ and ‘Batman vs. Superman: Dawn of Justice’, and had a recurring role in the TV show ‘The Last Ship’.

Jade was featured in TV commercials and print ads for Finish Line Women, Fit2BeIt, Toyota, Puma and Beats By Dre.

Her exact net worth is unavailable at this time. Looking at her career graph, her net worth must be very impressive.

Jade has always been a fascinating dancer from her childhood now however, she has transitioned into an even more gorgeous actress.

She began training in backflips at the age of 5 years old, and now, she has mastered backflips and various forms of dance like jazz, hip hop, pointe, tap, and ballet.

The stunning girl was a member of the Monsters of Hip-Hop show Shadows and immaBEAST.

She was featured in a Microsoft surface commercial and became an Elite Protégé for the Pulse on Tour in 2010-2011.

She has been a featured dancer in a couple of Mindless Behavior music videos, at the 2011 and 2012 Kids’ Choice Awards, and at the 2011 MTV Video Music Awards.

Her role model is Gev Manoukian, who has trained her since she was 9 years old.

Her internet moniker is Jadebug.