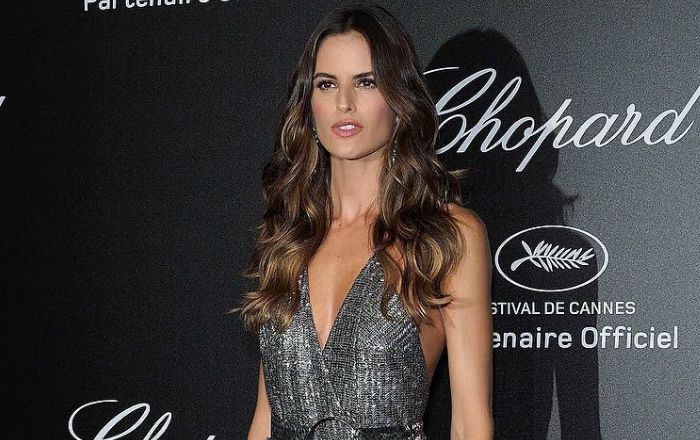 Who is Izabel Goulart?

Izabel Goulart is a Brazilian model best known for her work as a Victoria’s Secrets Angel from 2005 to 2015. She was featured on Sports Illustrated Swimsuit Issue in 2011 and was the face of A/X Armani Exchange from 2008 to 2011 and for MAC Cosmetics since 2013. Goulart has graced the covers of several international fashion magazines including Vogue, GQ, Marie Claire, Allure, Harper’s Bazaar, Glamour among others.

Izabel Goulart was born on October 23, 1984, in São Carlos, São Paulo, Brazil. She’s of Italian and Portuguese descent. She has four brothers and one sister.

Izabel Goulart is currently in a relationship with  German goalkeeper of Paris Saint-Germain F.C., Kevin Trapp. They got engaged on July 5, 2018.

Prior to that, she dated Brazilian footballer Marcelo Costa for six years from 2006 through 2011, with whom she became engaged in 2009. She also dated businessman Sebastian Gobbi from 2003 until 2006.

Izabel walked the runway for Iodice at the Ready to Wear – Spring / Summer 2005 fashion show.

Her first appearance in the Victoria’s Secret Fashion Show came in 2005. The same year, she became their model as well.

In 2017, Izabel made her acting debut with comedy film Baywatch.

Goulart had a uncredited role in the TV show Two and a Half Men as a Movie Theater Date.

Her work with Sports Illustrated Swimsuit Issue and Armani Exchange.

Izabel Goulart has an estimated net worth of $5 million.

Goulart decided to become a model when a hairstylist suggested that she should become a mode lat the age of 14 while shopping for groceries with her mother.

The following year she moved to São Paulo where her modeling career was launched by Ney Alves, currently the director of Major Models Brazil.

During her first fashion show appearance she had a wardrobe malfunction and her top fell open.

She is fluent in Portuguese, English, and French languages.

She appeared in the Sports Illustrated Swimsuit Issue in 2011 and became the face of MAC Cosmetics Tropical Taboo range in 2013.

She was selected as one of People magazine’s 100 Most Beautiful People in the World in 2007.

She received a star on the Hollywood Walk of Fame in 2007.

In 2007, Goulart won the Cool Magazine’s “Toshiba Cool Planet Award” in the category of “Best Model”.

She made a guest appearance in the thirteenth episode of Season 3 of Entourage alongside fellow Angel Alessandra Ambrosio.

Goulart has appeared on the covers of several international fashion magazines including Vogue, GQ, Marie Claire, Allure, Harper’s Bazaar, Glamour among others.