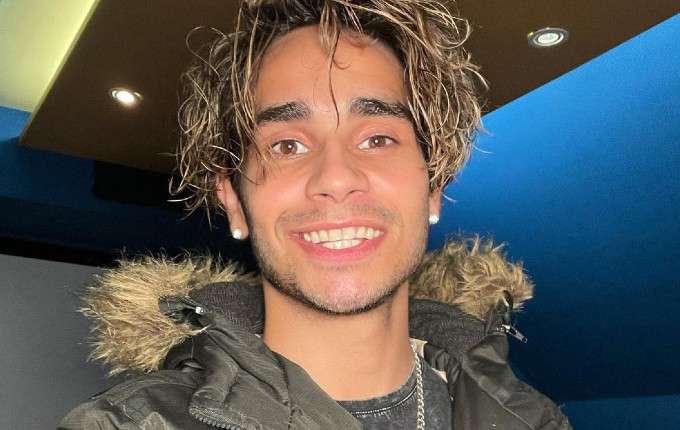 Isaiah Firebrace is an Australian singer and songwriter. He broke into the spotlight when he was named the winner of the eighth season of The X-Factor Australia. He has been passionate about music from a young age. Despite being raised in a poor household, he took his dreams very seriously and did everything in his capacity to make his dreams come true. His hard work and perseverance paid off when he earned a spot in the Fast Track Singing Competition and that eventually to a scholarship at the David Jaanz School of Singing.

In 2016, Isaiah gained worldwide attention for his debut single It’s Gotta Be You. The song went double platinum and broke several records there in Australia, including the most streamed songs by an Australian artist. In 2017, he placed ninth in the Eurovision Song Contest and then went on to compete in the second season of The Masked Singer Australia. Here’s everything you need to know about this budding singer who has proved his talents to the world by chasing his dreams.

Very little is known about Firebrace‘s life prior to his rise to fame. He was born in a household that contains a father, a mother, and twelve children. His father is Yorta Yorta and his mother is Gunditjmara. His father, Wayne Firebrace, was his early influence who actually taught him how to play the guitar. He was raised by his father after his parents separated when he was young.

He attended high school on the banks of the Murray River and took vocal lessons at the David Jaanz School of Singing.

Isaiah’s romantic life is still a mystery as he hasn’t divulged anything about his girlfriend (in case if he has one) yet to his fans. He had always stayed off the radar and continues to keep the love aspect of his life to himself.

He began to learn music at a very young from his father who was his first music teacher. He later studied music formally at a reputed music school owned by vocal coach David Jaanz. David offered Isaiah a full scholarship to his Melbourne-based institution School of Singing after he saw his performance at a regional singing competition.

His path to stardom began there. In 2015, he auditioned for the X Factor Australia but he was eliminated in the Bootcamp. Isaiah, however, didn’t give up and tried his luck again in the eighth season of X Factor Australia. This time, he vowed the judges as well as the audiences and emerged as the winner for that season. His win made him a national phenomenon.

That same year, he debuted with his single “It’s Gotta Be You”, which reached number 26 on the Australian Singles Chart. The song garnered more than 300 million streams, making it one of the most streamed songs by an Australian singer that year. His eponymous album debuted at number 12 on the Australian Chart

He then followed it up with a nationwide tour and went on to release more singles. In the last two years, he has dropped four singles – “Thinking About You”, “Know Me Better”, “You” and “Blame on Me”.

He is one of twelve children to his parents.

In 2017, he represented Australia in the Eurovision Song Contest, where he finished in ninth place with the song “Don’t Come Easy.”

His single ‘It’s Gotta Be You’ was certified Platinum in Australia, 2 x Platinum in Sweden, Gold in Norway, and Gold in Denmark.

In 2020, he appeared in a music video for the song “Don’t Dream Its Over” featuring Stan Walker.

In August 2020, Isaiah competed in the second season of The Masked Singer Australia, where he finished 7th overall.