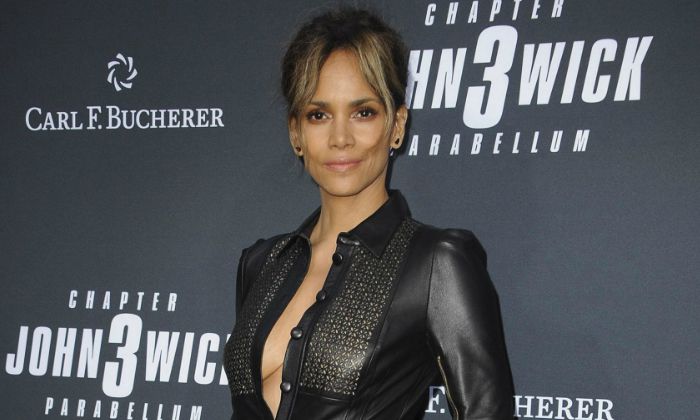 Halle Berry is an Academy Award-winning actress and model who shot to international stardom with her roles in movies like ‘Monster’s Ball,’ ‘X-Men’ film series, ‘Kingsman: The Golden Circle’ and ‘John Wick: Chapter 3 – Parabellum.’ She became the first actress of African-American heritage to win an Oscar for Best Actress for her portrayal of Leticia Musgrove in the 2001 romantic drama flick, ‘Monster’s Ball’.

She was a successful fashion model before entering into the cinematic world and established a name for herself in Hollywood, inspiring many Black women, through her sheer handwork and dedication. Throughout the 2000s, Berry was one of the highest-paid actresses in Hollywood. For her role in the television film ‘Introducing Dorothy Dandridge,’ she won an acting Emmy and a Golden Globe.

Halle Berry was born on the 14th of August 1966, in Cleveland, Ohio, United States of America. She is currently 55 years old.

Halle Berry is the youngest daughter of Judith Ann (née Hawkins), and Jerome Jesse Berry. Her father worked as a hospital attendant in the psychiatric ward at the same hospital where her mother worked as a psychiatric nurse. He later changed his profession as a bus driver. His mother is of English and German ancestry while her father is of African-American descent. She has an older sister, Heidi Berry-Henderson.

Berry’s father abandoned his family when she was four years old that put her family in financial crisis. Her mother raised her and her sister. She was estranged from her father ever since he left them and hasn’t heard a word about him as well. Her maternal grandparents were Nellie Dicken and Earl Ellsworth Hawkins.

She attended Bedford High School, an all-white school, in Bedford, Ohio. During her school years, she faced discrimination and racism from fellow students that destined her to excel. She was a cheerleader, a brilliant student, a prom queen, and also served as the editor of the school newspaper She studied broadcast journalism at Cuyahoga Community College in Cuyahoga County, Ohio.

Halle Berry had dated several men throughout her life. She dated Chicago dentist John Ronan from March 1989 to October 1991. She then began dating baseball player David Justice and married him on January 1, 1993. The couple split in February 1996 and divorced on June 24, 1997.

Berry was then married to her second husband, singer-songwriter Eric Benét, from January 24, 2001, until January 2005. After that, she married French Canadian model Gabriel Aubry, and they had a daughter Nahla Ariela. The couple announced their separation on April 30, 2010.

Halle Berry married French actor Olivier Martinez in France on July 13, 2013. They welcomed their son, Maceo-Robert, on October 5, 2013. The couple parted ways in 2015 and divorced in December 2016.

She is currently in a relationship with Grammy-winning American singer Van Hunt. They have been together since 2020 and they confirmed their relationship via an Instagram post.

Berry made her acting debut with the 1991 romantic comedy-drama film Jungle Fever, playing her part as Vivian.

Halle Berry landed her first acting role as Emily Franklin in the ABC sitcom Living Dolls in 1989, a role she played in 12 episodes of the series.

Throughout her acting career, she has appeared in a number of critically acclaimed movies, playing versatile roles. Her performance as Leticia Musgrove in the romantic drama film, ‘Monster’s Ball’ earned her widespread recognition and fame. She received an Academy Award, Black Reel Award, and BET Award, all in the Best Actress category, for her role in the film.

In a career spanning three decades, Berry has endorsed and appeared in several television commercials including M&Ms Candy, Revlon, Pepsi-Cola Twist, Martin Luther King Memorial Project, Deichmann, among many others.

Halle Berry has a net worth of $80 million as of 2022. She lives in Cleveland. She owns some of the exotic cars in the world that includes cars from brands like Maybach, Lexus, Alfa Romeo, and many others. Berry owns many properties including an $8 million mansion in Malibu, Los Angeles, and a lavish $15 million home in Hollywood Los Angeles.

Her mother changed her name to Halle Maria Berry legally when she was five years old.

Destined to become a fashion model, she participated in several beauty competitions and won prizes. She won Miss Teen All American in 1985 and Miss Ohio USA in 1986.

She briefly worked as a model before becoming an actress.

Berry caught the acting bug and moved to New York in 1989 in pursuit of her acting career.

She struggled a lot during her early days and even lived in a homeless shelter for a short while.

In 1998, Playboy magazine included her in its list of “100 Sexiest Women of the Century.”

Berry got her big break when she landed a small role on the short-lived sitcom Living Dolls in 1989.

At the age of 22, she was diagnosed with diabetes and eventually took treatment to keep it in check without insulin injections.

In 2003, she topped People’s “50 Most Beautiful People in the World” list and was also named Esquire magazine’s “Sexiest Woman Alive” in 2008.

She won the Razzie award for Worst Actress for her role in the movie Catwoman.

In 2000, she landed herself in a controversy when she was involved in an accident and left the scene. She was given community service and fined $13,500.

Berry is one of only four actresses, along with Faye Dunaway, Sandra Bullock, and Liza Minnelli, to win both the Academy Award for Best Actress and the Razzie Award for Worst Actress.

She is considered one of Hollywood’s best-dressed actresses.