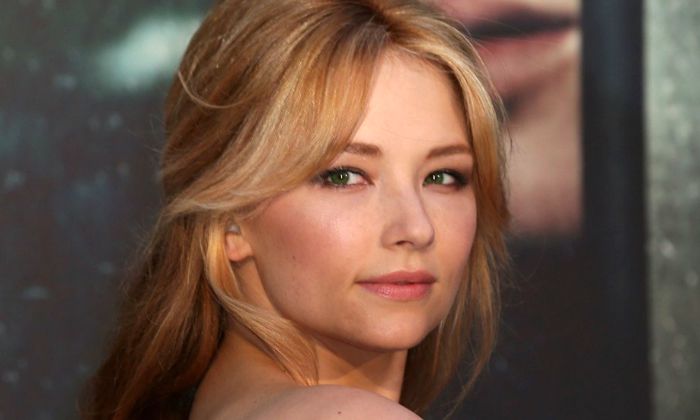 Haley Bennett is an American actress and singer who is perhaps best known for her starring roles in movies such as The Haunting of Molly Hartley, The Equalizer, The Magnificent Seven, The Girl on the Train, and The Red Sea Diving Resort. She began acting professionally a decade ago when she played the role of pop star Cora Corman in the romantic comedy Music and Lyrics and has since featured in more than two dozen films.

Haley Bennett was born on the 7th of January 1988, in Fort Myers, Florida, United States of America. She is currently 34 years old.

Haley Bennett is the daughter of Leilani (née Dorsey Bennett) and Ronald Keeling. There are no details about whether she has any siblings are not. Her mother was pregnant with her when they tied the knot and they divorced when she was six years old.

She moved along with her father to Ohio where he opened an automobile repair shop. She describes her childhood as “nomadic”, as she never lived in any place for more than two years and juggled between Florida and Ohio to live with her dad and mom.

For education, Haley attended Stow-Munroe Falls High School in Stow, Ohio. and then transferred to Barbizon Modeling School of Akron, Ohio. She also attended Barron G. Collier High School while she lived with her mother.

In addition, she studied acting took music lessons, acted in school plays as well as sang in school choirs throughout her middle and higher secondary years. She also attended the International Modeling and Talent Convention in 2001 and 2006.

Haley Bennett has been in a relationship with English director Joe Wright for a while. They made their relationship public in late 2018 and they welcomed their first child, daughter, Virginia Willow, on December 31, 2018.

Haley Bennett made her acting debut in 2007, playing the role of pop singer Cora Corman in the romantic comedy film Music and Lyrics. She starred alongside actors Hugh Grant and Drew Barrymore in the movie.

According to authoritative sources, Haley Bennett’s net worth in 2023 is estimated to be $2 million dollars.

She discovered her knack for acting at a young age and studied acting to fulfill her dreams.

She used to go hunting with her father while growing up.

Bennett contributed to the soundtrack of her debut movie, Music and Lyrics (2007), which also marked her debut as a singer.

That same year, Haley signed a deal with 550 Music / NuSound Records and began to work on her album.

She has two cats and two dogs.