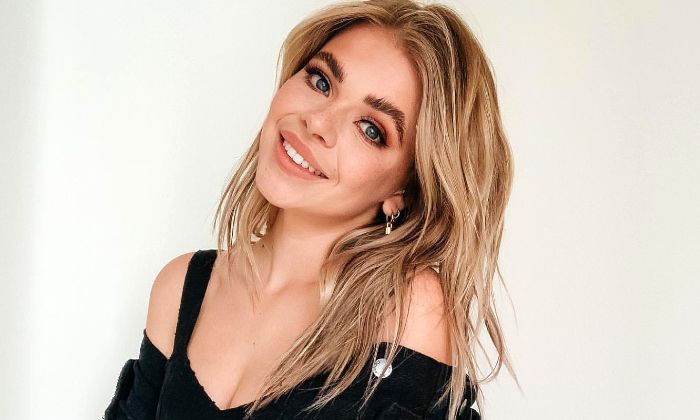 Griffin Arnlund is a young promising YouTuber and social media influencer based in Los Angeles, California, who is probably best known for her eponymous YouTube channel as well as for being a part of the collaborative YouTube channel, The Rad and Reckless. Her aspirations to become an actress led her to start a YouTube channel when she was just 15 years old, and with time, she accrued a loyal fanbase on the video uploading platform where she covers topics, including fashion, lifestyle, travel, fitness, skincare, and beauty.

Being a staunch advocate against bullying and sexism, she takes advantage of her strong social media presence to campaign several anti-bullying initiatives. At such a young age, Griffin’s already an accomplished influencer and has proved that anyone can turn their passion and dreams into a lucrative career. Looking at her career growth, it’s no doubt that she will continue to entertain and inspire a lot of young people and she’s showing no signs of slowing down.

Griffin Arnlund was born on the 24th of October 1997, in Montana, United States of America. She’s currently 23 years old.

Griffin Arnlund is the daughter of Adriene Arnlund and his wife Holly Arnlund. She has two siblings, an older brother, Keaton Arnlund and she also has an older sister.

She lived in her hometown of Montana until her 6th grade and relocated to Scottsdale, Arizona to further her studies. The traumatic bullying she experienced when she was in her 10th grade still haunts her and that eventually led her to start many anti-bullying campaigns.

Griffin left the school that year and completed the rest of her education through homeschooling. It took time for her to overcome the trauma and the learnings she had through the recovery phase helps her to advocate for people who are the victims of bullying.

Talking about her romantic life, Griffin Arnlund is always vocal about her dating life to her fans. She has been dating Hunter Moreno since 2018 and they often share their pictures on their respective social media.

She previously dated fellow YouTuber and actor, Mikey Murphy, from 2015 to 2016. The year they started dating, she introduced him to her fans through a YouTube video called “Boyfriend Tag”. She later uploaded a video called “Kissing my ex-boyfriend” after the pair broke up.

Griffin Arnlund originally had aspirations to become an actress as she thought it was an amazing career. She jumped onto the Instagram bandwagon while she was still in her high school and began to share her pics and videos. Instagram is her favorite platform because pics help her to express her present mood and also when she revisits a photo it takes back to the moment what she was going through at the time. It’s still her largest social media platform with over 634,000 followers.

She joined YouTube on August 15, 2013, but she uploaded her first video on January 4, 2014. With time, her videos started to gain popularity and she turned her YouTube channel into a full-time gig. Her channel features a wide range of topics from beauty to makeup to challenges to lifestyle videos. She has collaborated with fellow YouTubers on her channel as well as she’s known for her collaboration with beauty brand e.l.f. cosmetics.

Griffin has also appeared in movies, such as Royal Crush (2014), The Commute (2016), and Hacking High School (2017). She has become even more popular with her joining social media platforms like Twitter, Facebook, and TikTok. On TikTok, she has a little over half-million followers and 4 million likes.

She considers Selena Gomez and Cara Delevingne as her biggest inspirations.

Her YouTube channel has amassed over 450k subscribers, where she uploads lifestyle, fashion, and makeup tutorials.

Griffin has stated that her goal is to become an actress, and her creative and entertaining things makes it easy to see why she has become influential in the industry.