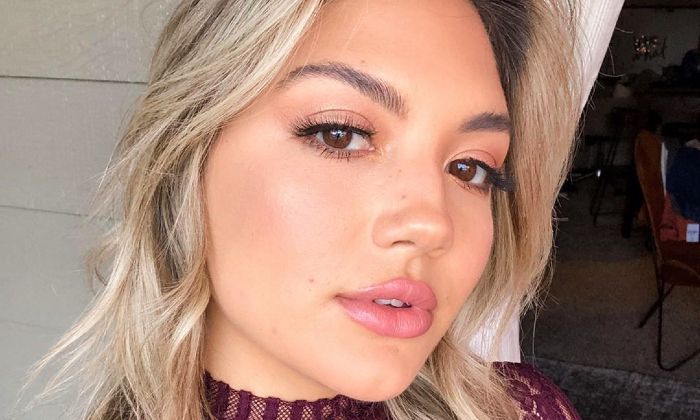 Who is Giannina Gibelli?

Giannina Gibelli is a Venezuelan reality television star, entrepreneur and social media influencer probably best known for her appearance on Netflix’s hit dating show, Love Is Blind. She describes herself as “Soulpreneur” who provides social media consulting to retail businesses on hair care products. Besides all her accomplishments, she has a huge social media following with over 1.6 million Instagram followers.

Giannina Gibelli was born on the 3rd of April 1993, in Caracas, Venezuela. She is currently 26 years old.

There is no information available regarding her family, education and early life, other than that she shared a picture of herself being with her mother and father on thanksgiving in November of 2019 to her legion of Instagram fans. Her father is a civil engineer.

Concerning her education, she attended Palm Beach Central High School. She then enrolled at the University of Central Florida where she graduated with a Bachelor of Arts (BA) degree in advertising, public relations and applied communications.

Giannina Gibelli got engaged with Damian Powers on the dating experiment show, Love is Blind. They had a dramatic breakup on the show after Damian rejected her on the wedding finale, but apparently they reconciled outside the show. It”s been over a year since the filming of the show ended and they are still together and are going strong.

Giannina Gibelli made her television debut on Netflix’s dating experiment show, Love is Blind, alongside hosts Nick Lachey and Vanessa Lachey in 2020.

The Venezuelan beauty Giannina Gibelli has quite a following on social media with more than 1.6 million people following her on Instagram. And, the numbers are growing still. She can be found on Twitter, @gianninagibelli, where she has over 14,000 followers.

She and her family moved to the United States when she was six years old and settled down in Atlanta, Georgia.

After graduating from university, she worked for different companies as a social media consultant and business consultant.

She spent over a year working as a freelance consultant providing consulting services to the retail businesses from August 2018 to October 2019.

Giannina is represented by Scale Management.