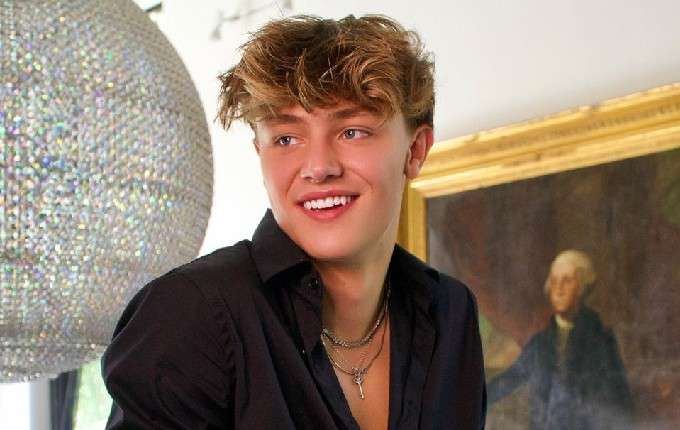 Gage Bills is an American TikTok star and digital content creator who gained popularity through his gage.bills TikTok account. He joined TikTok in March 2020 and has since attracted an audience of over 3 million fans where he uploads lip-sync and comedy videos. He’s a member of the TikTok collaborative house called Clubhouse Europe. Other members of the house include Ilona Borg, Sarah Alfalah, and Amber Woods. He has accumulated over 200 thousand followers on his Instagram account.

The TikTok star hasn’t shed much light on his personal details as he prefers to keep that aspect of his life away from the public eye. He has a younger sister. His father and sister have been featured in some of his videos though, he didn’t share any details about them. His mother passed away in April 2020.

Gage Bills sparked dating rumors with fellow social media star Veronika Zolotova after he posed their picture on his Instagram with a caption Ken and Barbie. They posed with arms wrapping around each other which left fans to believe that they are in a relationship. It is still unclear if they are in love are not but it looks that he is enjoying his teenage life.

Gage jumped onto the TikTok bandwagon in early 2020 and quickly became a fan favorite with his videos garnering tens of thousands of views and likes. He started off with lip sync and dances to his favorite songs and later brought in different genres, including lifestyle content to keep fans engaged and entertained. With around 3 million followers on TikTok, he’s named one of the fastest-growing content creators on the app.

After getting some inital success on TikTok, Gage Bills branched out to Instagram, where his posts have earned him mor ethan 200 thousand folowers.

He grew up in Pennsylvania.

He made a video series to the likes of Nelly Furtado song “Promiscuous” in October 2020.

Bills is a memebr of the TikTok colloboratve house Clubhouse Europe.