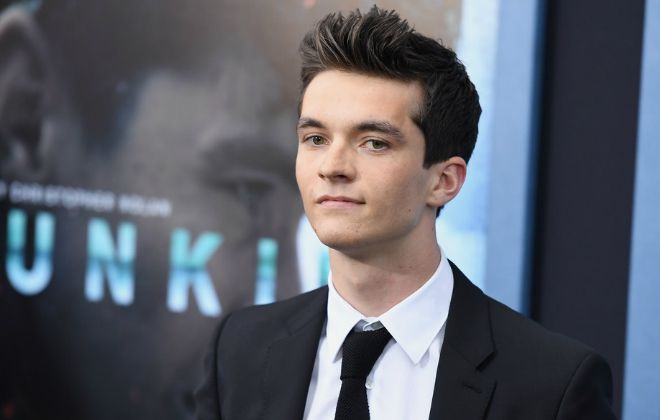 Fionn Whitehead is an English actor best known for his role as Tommy in Christopher Nolan’s epic war film Dunkirk, for which he was nominated for Empire Award for Best Male Newcomer. He made his acting debut with the 2016 three-episode miniseries, Him.

Fionn Whitehead was born on the 18th of July 1997, in Richmond, London, England, United Kingdom. He is currently 24 years old.

Whitehead attended Orleans Park School and then went to Richmond College where he joined the National Youth Theatre’s summer course.

Whitehead has kept his personal life discreet from his professional life and thus there is not much information available of any relation he has had in the past or in the present.

Fionn Whitehead made his acting debut in 2017, playing the lead role as Tommy in Christopher Nolan’s war film Dunkirk. For his work in the film, he was nominated for an Empire Award for Best Male Newcomer.

Whitehead made his first television appearance in the 2016 British miniseries Him.

There is no information related to his net worth or salaries available at this time.

He began acting at the Orange Tree Theatre when he was 13 years old.

He worked at a coffee shop in Waterloo, London before he was auditioned for the lead role in Christopher Nolan’s Dunkirk.

Fionn has appeared in a stage production of Glenn Waldron’s Natives and is one of Screen International’s Stars of Tomorrow 2016.

He is signed with the UTA agency.

Fionn is a member of the National Youth Theatre