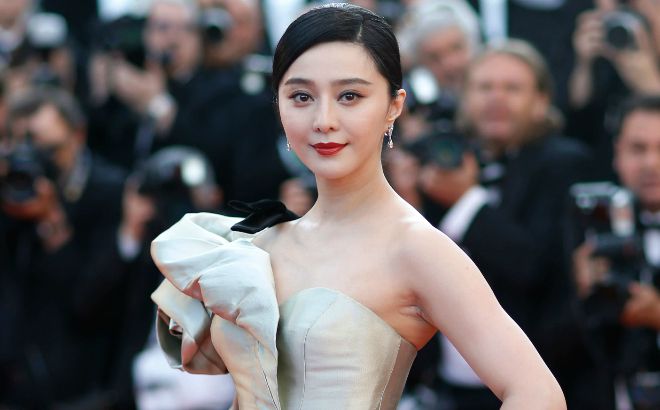 Fan Bingbing is one of the most popular and bankable actresses in China who is best known for her appearances in Chinese and Hollywood movies. She is perhaps known for her roles in such films as ‘Lost in Beijing’, ‘Buddha Mountain’, ‘Double Xposure’, ‘I Am Not Madame Bovary’, ‘Stretch’, and ‘X-Men: Days of Future Past’.

Bingbing was awarded the Best Actress Award at the Hundred Flowers Awards for her performance in the 2003 movie Cell Phone, which was the highest-grossing Chinese film of that year. She is one of the highest-paid actresses in the world and is considered a global fashion icon due to her frequent appearances on fashion shows and other entertainment-related events.

Fan Bingbing was born on the 16th of September 1981 in Qingdao, Shandong Province, China. She is currently 40 years old.

Bingbing comes from a modest family. Her parents are Fan Tao and Zhang Chuanmei. She has a younger brother named Fan Chengcheng who is one of the members of the boy group Nine Percent.

She attended the Shanghai Xie Jin Film and Television Art College and studied acting at the Shanghai Theatre Academy.

Fan Bingbing confirmed her relationship with the Chinese actor, Li Chen, in May 2015 through a social media post. They got engaged on September 16, 2017, and moved in together. The couple announced their split on June 27, 2019.

Fan Bingbing made her acting debut in 2001 in a Chinese film Reunion (手足情) for her role as Zhang Yanqing.

She landed her first major role in Feng Xiaogang’s Cell Phone (2003), which became the highest-grossing film of the year in China. Fan won the Best Actress Award at the 27th Hundred Flowers Awards as well as nominated for Best Supporting Actress at the 24th Golden Rooster Awards and Outstanding New Actress at the 10th Huabiao Awards.

Bingbing earned her first acting gig in television in 1996, when she portrayed Zhao Bin’s fiancé in the Chinese television series Powerful Woman (女强人).

Her first major supporting role came in 1999 when she was cast in the Chinese television serial My Fair Princess.

Bingbing was praised for her roles in films include Princess Ping’an in The Lion Roars, Wu Yue in Cell Phone,  Cheung Yung in Sweet Revenge, Liu Pingguo in Lost in Beijing, Princess Zhuang in Sacrifice, and Clarice Ferguson / Blink in X-Men: Days of Future Past.

As of 2022, Fan Bingbing has a net worth of $100 million. She earns around $25 million from endorsements and film salaries, making her one of the highest-paid actresses in the world. She has been named as the highest-paid celebrity in the Forbes China Celebrity 100 list for four years in a row since 2013. Her net worth is likely to drop after she was fined over 883 million yuan (about US$127.4 million) for tax evasion.

Fan Bingbing was brought up in Yantai, Shandong, China.

She signed a six-year contract with Huayi Brothers in 2000 with whom she starred in a number of Chinese television serials including The Proud Twins, Red Poppies, and Young Justice Bao II.

In 2007, she bid farewell to Huayi Brothers and launched her own studio, Fan Bingbing Studio. She began appearing in television series and films under her own production.

In 2008, she launched an art school in Huairou, Beijing, which is being run by her parents.

In 2010, Fan wore a ‘Dragon Robe’ for the 63rd Cannes Film Festival that was designed by herself and famous designer Laurence Hsu. The dress was later bought by Madame Tussauds museum at an auction and the money earned was gifted to support her ‘Heart Ali’ project.

Fan topped the 2013 Forbes China Celebrity 100 List. That same year, she became the first Asian celebrity ambassador for the Champagne House Moët & Chandon, and also the brand ambassador for Chopard

In 2013, she became the first Asian actress to have a dress custom-designed by the house of Louis Vuitton.

On 22 December 2013, Fan was awarded the Best Actress Award and the Hottest Figure Award at the Baidu Hot Ceremony.

She won Best Actress Awards for her performance in Cell Phone, Lost in Beijing, Buddha Mountain, Double Xposure, Ever Since We Love and I Am Not Madame Bovary.

She has been out of the public since July 1, 2018. Her last activity on the Chinese social media Weibo was on July 23, on which she has over 62 million followers. In September 2018, she hit the headlines of major publications on her whereabouts and some media have reported that she was arrested on tax evasion.

Bingbing appeared before the public and apologized on the count of tax evasion through social media posts. Chinese authorities fined her around 883 million yuan (USD 127.4 million) in taxes and penalties to avoid criminal prosecution.