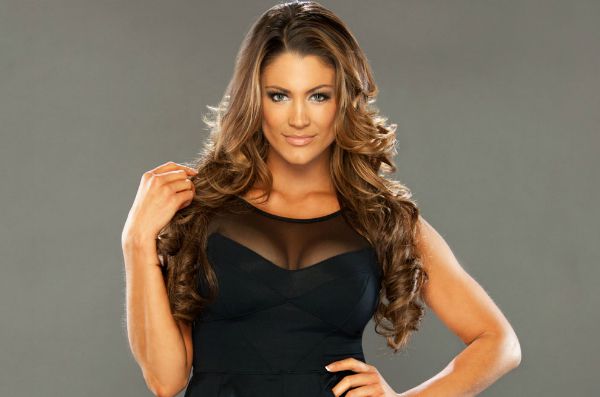 Former professional wrestler and actress, model, and dancer who gained fame for her work with WWE. Eve Torres has appeared in many TV shows like Show Me The Money, Sunset Tan, and Deal or No Deal. In 2008, she became a WWE backstage interviewer and became a full-time wrestler the following year. She won the WWE Divas Championship for three consecutive years from 2010, becoming the first female wrestler to win it three times. After retirement in 2013, she shifted her focus towards acting and has since done several television shows and films, including Supergirl, Matador, and Skiptrace.

Eve Torres was born on the 21st of August 1984, in Denver, Colorado, United States of America. She’s currently 37 years old.

Speaking about her personal life, not much is known about her parents are her childhood. She has a younger brother, Phil Torres, who is a television presenter. She has Latin roots and she is of Nicaraguan descent, as well as German and Swedish.

Eve earned a B.S. degree in Industrial System Engineering from the University of Southern California in May 2006. During her time at the university, she was one of the founding members of the Omega Phi Beta sorority chapter on her campus and held the vice-president position for several years. While in Omega Phi Beta, Torres was awarded for Academic Excellence at the Order of Omega Greek Awards.

Eve Torres married Rener Gracie in  April 2014 after dating for several years. The couple welcomed their first child, a son, Raeven Gracie, in September 2015. In March 2018, Torres and Gracie revealed her second pregnancy via Gracie’s YouTube channel. She gave birth to their second son Renson Gracie in August 2018.

Eve Torres made her acting debut as herself in the 2013 French comedy film, ‘Queens of the Ring’.

In 2005, Eve appeared in a television game show called ‘Show Me The Money’ as herself.

She has also appeared in a number of TV shows like The Best Damn Sports Show Period, Deal or No Deal, Stars Earn Stripes, Attack of the Show, and The Soup.

In 2007, Torres was named the WWE Diva Search winner and subsequently became the backstage interviewer. Her official WWE debut happened on February 1, 2008, when she interviewed former World Heavyweight Champion Batista. She made her ring debut on February 6, 2009, in a fight against McCool but she lost the match via submission. She has featured in both RAW and Smackdown.

Eve began her professional career as a dancer and model by appearing in commercials and music videos. She also danced for The Southern California Summer Pro League whilst she was in college.

She can speak English and Spanish.

She is trained in Brazilian Jiu-Jitsu and holds a purple belt from the Gracie Jiu-Jitsu Academy based in Torrance, California.

Eve can solve a Rubik’s cube in less than 5 minutes.

She along with her sister-in-law Sage run an event rental company named “inJOY The Party”.

She appeared in the January 2009 issue of Muscle & Fitness magazine.

Eve is a huge fan of MMA fighter Gina Carano.